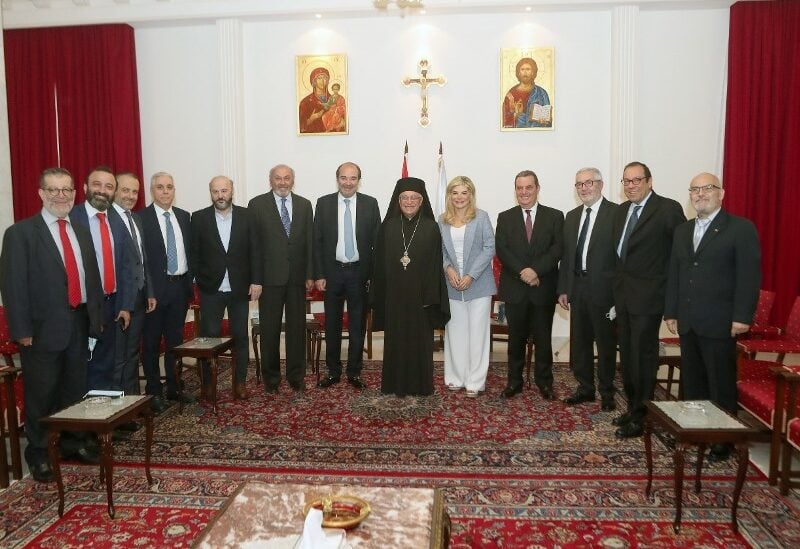 Patriarch of the Melkite Greek Catholic Church, Youssef Absi, met Monday with a deputation of the “Strong Republic” parliamentary bloc and members of the Lebanese Forces party, delegated by LF leader, Samir Geagea.

The delegation was chaired by MP Geirge Okais, and included lawmakers Anis Nassar, Eddy Abi Lamaa, and Fadi Saad, as well as former ministers May Chidiac and Melhem Riachy, alongside other party figures.

During the meeting, Patriarch Absi highlighted the necessity to carry on communication and dialogue to reach solutions to the current crisis.

“We should not expect solutions to come from the outside,” he said.

For his part, MP Okais indicated that today’s visit was part of rounds of talks the bloc had been holding with spiritual leaders in Lebanon.