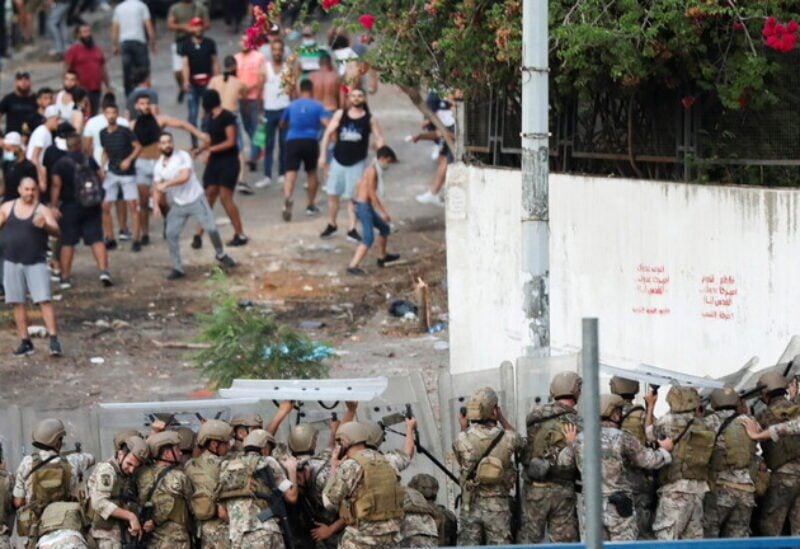 US Deputy Assistant Secretary of Defense for the Middle East, Dana Straul, considered that “Hezbollah” has succeeded in keeping Lebanon weak, warning that the Lebanese economic situation will lead to a security deterioration.

Straul expressed her concern about the Lebanese army’s confrontation with the protestors in the street, and said, “We are concerned about any partner that receives our assistance and funding, and takes measures against innocent civilians. But she affirmed that the military institution still has the support of Lebanese majority ” It is carrying out a very important mission, due to the failures of the Lebanese government failure in providing humanitarian aid, especially after the port explosion.

She also stressed that the United States is closely examining the steps that can be taken to support the army.

“We are very concerned that the Lebanese do not have a government to look forward to,” said Straul, noting that the Lebanese are concerned and afraid of their pound devaluation, where they “cannot secure food and fear for their safety. In such situations, violence erupts.

She stressed that the Pentagon is closely monitoring the situation and encouraging Lebanon’s leaders to take quick steps to prevent any outbreak of this type of violence.”

On the other hand, Stroul said that “Hezbollah” has very strong capabilities, due to Iranian support, and succeeds in challenging the Lebanese state, by keeping Lebanon weak and providing an alternative to the legitimate Lebanese government.

She added that the United States is focusing its attention and resources on helping Lebanese citizens in the humanitarian crisis, supporting the Lebanese army, and encouraging Lebanese leaders to take steps for their people interests, because “this is how you can counter Hezbollah’s power and resources.”