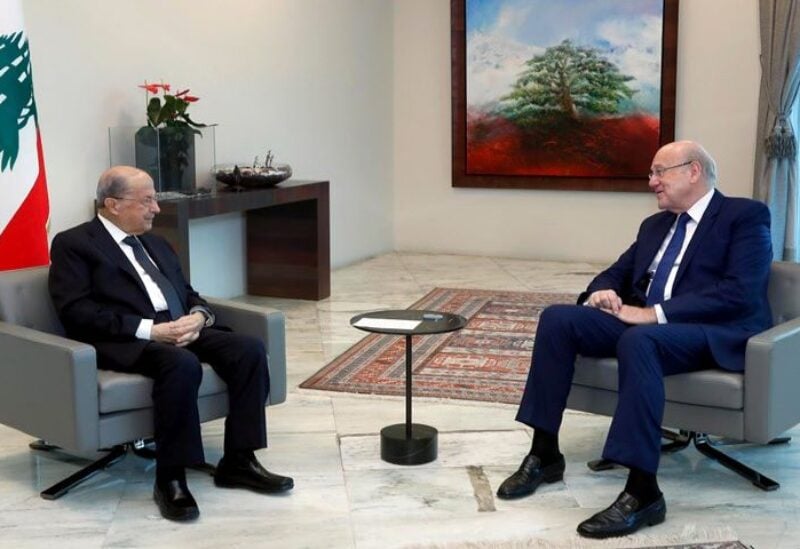 President Michel Aoun said in a post on Twitter after a meeting with Prime Minister Najib Mikati on Wednesday Mikati expressed hope that his cabinet would resume meetings soon.

“We are seeking and conducting contacts and consultations to hold a cabinet session, and God willing, that will be soon,” a statement by Lebanese Presidency quoted Mikati as saying at a meeting between him and President Aoun at Baabda Palace.

Mikati has not invited for a cabinet meeting since October 12, pending a solution to a stalemate tied to high-profile judicial investigations of last year’s massive Beirut port blast.

President Michel Aoun has said the judicial probe should continue and has rejected political interference in it, urged the government to resume meetings in order to reach a funding agreement with the International Monetary Fund (IMF).

An IMF deal is widely seen as the only way for Lebanon to access desperately needed international aid.