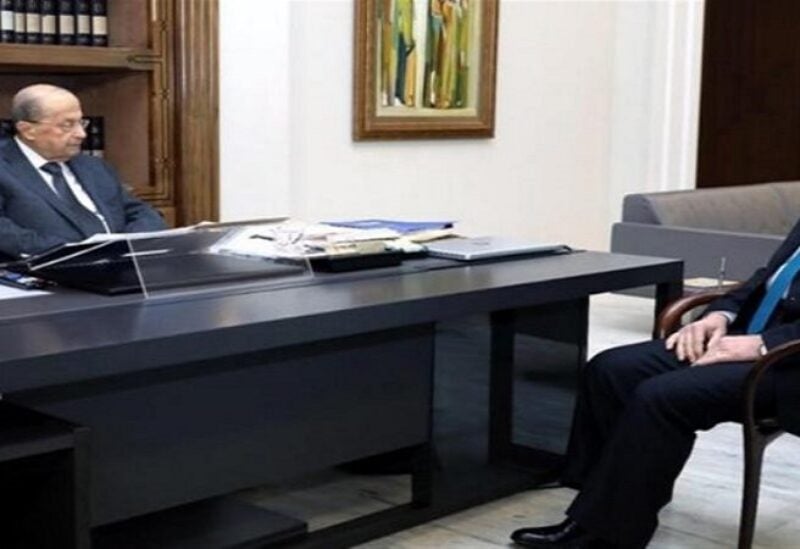 The meeting tackled the general situation and measures taken to maintain security during the holidays.

The visit of United Nations Secretary-General Antonio Guterres to Lebanon, especially in the aspect related to cooperation between the Lebanese army and the international forces operating in the south, “UNIFIL” were also deliberated, in addition to the current government situation.

The President met Social Affairs Minister, Hector Hajjar, and discussed with him ministerial affairs, the stages of implementing the financing card, and the percentage recorded so far in the registration via the card’s platform.

Minister Hajjar also briefed President Aoun on his participation in the meeting to be held in Riyadh for the Conference of Ministers of Development and Social Affairs, the Arab Ministerial Councils Concerned with the Social Sectors, and the Forum for the Management of Social Transformations MOST for Arab Ministers of Social Affairs.  The conference will also discuss the different effects of “Covid 19”, with the aim of charting recovery paths for the Arab region and supporting vulnerable and fragile segments in epidemics and crises.

Chairman of the Association of Banks:

​The President met the Chairman of the Association of Banks in Lebanon, Dr. Salim Sfeir, and a delegation from the Association. The delegation included Vice President Nadim Kassar, Secretary, Walid Raphael, Treasurer, Abdel Razzaq Ashour and member of the Board of Directors, Saad Azhari.

During the meeting, the banking situation in Lebanon and a number of related topics were discussed, in addition to the work of the banks and the laws that support it.

Family of the late Qabalan Al-Ashqar:

President Aoun received the family of the late Dean of Mayors in Lebanon, Qabalan Al-Ashkar, the mayor of Dbayeh, Zouk El Kharab and Haret El Ballana.

The delegation thanked the President for his sympathy and for granting the National Order of Merit in appreciation of Al-Ashqar’s national, municipal and development contributions.