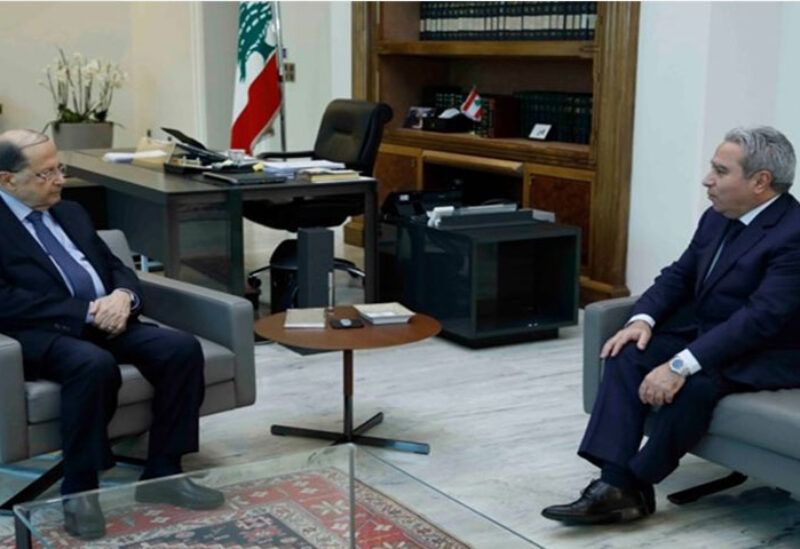 Caretaker Minister of Tourism and Social Affairs, Ramzi Musharrafieh, affirmed that the discussions he had with Syrian officials during his recent visit to Damascus were more than positive and very encouraging, and that all the ministers he had met expressed their full readiness to work with us to activate the file of return of the displaced.

Musharrafieh said that he had received guarantees that “A dignified and safe return will be achieved, whereby the safety and dignity of the displaced Syrians will be preserved”.

Minister Musharrafieh’s speech came after his meeting with President of the Republic, General Michel Aoun, this morning at Baabda Palace, in the presence of the Minister’s advisor, Asim Abi Ali and Ola Boutros.

The meeting was also attended by the Director General of the Presidency, Antoine Choucair, the Military and Security Adviser of the President, Brigadier General Boulos Matar, and diplomatic advisor, Osama Khashab.

Musharrafieh’s said: “I came today to brief the President of the Republic about the atmosphere of my visit to Syria at the end of last week and the discussions with the Syrian side, which were more than positive and very encouraging.” All Syrian ministers expressed their full readiness to work with us to activate the return process.

I informed the President that I have received an official welcome from all the ministers whom I met to work on the return of the displaced.

The Syrian side stressed the need to approach this file in terms of its human dimension, considering that the safe and dignified return of the displaced to their country is the only sustainable solution. We consider it a sacred right for them and we will assist them in all available means and through coordination with the Syrian state, the United Nations High Commissioner for Refugees and the international community in general.

In addition, I briefed the President about the guarantees that I received to achieve a dignified and safe return, where the safety and dignity of the displaced Syrians will be guaranteed and preserved.

In response to a question, Minister Musharrafieh affirmed that circumstances began to develop to become more positive in the regional and international levels with regard to the return of the displaced. “We, as a Lebanese state, wish to take advantage of all the opportunities that relieve our shoulders of the burden of this displacement, which has entered its eleventh year since the beginning of the Syrian crisis, with all the financial and social burdens that are costing the Lebanese state.  Based on that, we are taking rapid practical steps in coordination with the relevant ministers in Syria so that this return will be as soon as possible and be safe and dignified”.