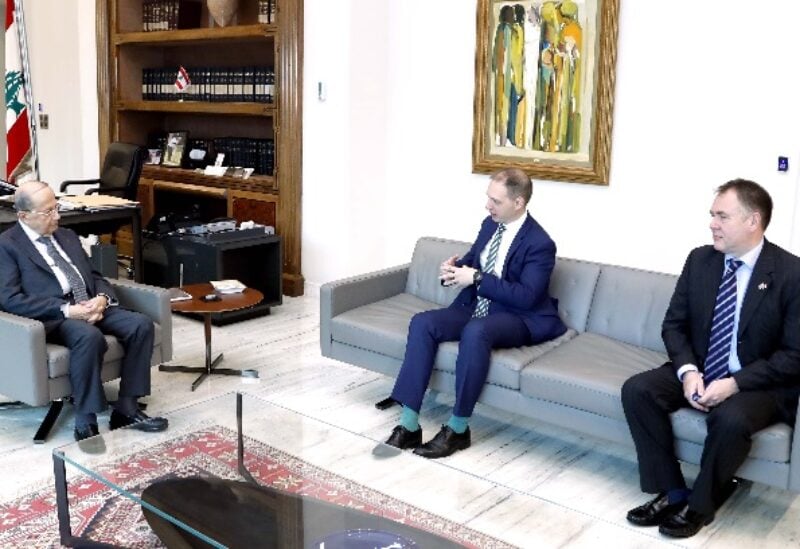 President of the Republic, General Michel Aoun, asserted that “The anti-corruption process is not just a circumstantial campaign which ends with some achievements and a change of circumstances. Rather, it must turn into a solid approach in governance, in the minds of people, and the work of public institutions, under the roof of the law”.

On the 18th anniversary of the adoption of the United Nations Convention against Corruption, to which Lebanon joined in 2009, the President stressed that fighting corruption will not stop after today, “Because the Lebanese have realized the extend of the damage which corruption has caused in their lives and the future of their children. My bet is that they will speak out against corruption and the corrupt in the upcoming parliamentary elections”.

In addition, the President considered that “The fierce opposition that faced this determination to put an end to waste and corruption in state institutions and the crimes committed by the people who had entrusted them with their fate and life, was expected, and unfortunately succeeded in obstructing the reform process and destroying the remaining elements of a decent life”.

“However, I am more determined than ever to continue fighting the damages of the corrupters over the past thirty years, and I am confident that the people yearn to hold accountable those who have made Lebanon poor, and those who practiced corruption in public without being held accountable” President Aoun added.

The President met the British Ambassador to Lebanon, Dr. Ian Collard, accompanied by the political advisor at the embassy, ​​Mr. Gavin Tench, today at Baabda Palace.

Lebanese-British relations and ways to develop them in all fields were tackled in the meeting.

President Aoun had also briefed the British Ambassador on the political and economic developments in the country in light of the latest developments, and Lebanon’s position on these developments.

President Aoun met the official in KPMG in charge of the accounting audit file in Central Bank accounts, Mr. Martin Huiskers, and the government commissioner at the BDL, Ms. Christelle Wakim.

The company’s work after the start of the third phase of the signed contract was addressed in the meeting.

Mr. Huiskers pointed out that KPMG has not yet received its fees according to the terms of the contract signed with it, as a result of the failure of the Council of Ministers to meet the issues on its agenda, including other legal and financial institutions involved in auditing.

Pakradounian stated that he addressed, with President Aoun, the difficult living conditions that the country is going through with the continuation of economic distress and the high exchange rate of the dollar, which was accompanied by a massive rise in prices.

“This made it difficult for the citizen to secure his livelihood, which prompts the demand that the government moves to confront this increasing deterioration, and for the Cabinet to convene to take the appropriate decisions to put an end to the existing situation” Pakradounian said.

MP Pakradounian also said that the meeting tackled the imbalance that afflicted Lebanon’s relations with the Gulf states and the means adopted to address this matter.