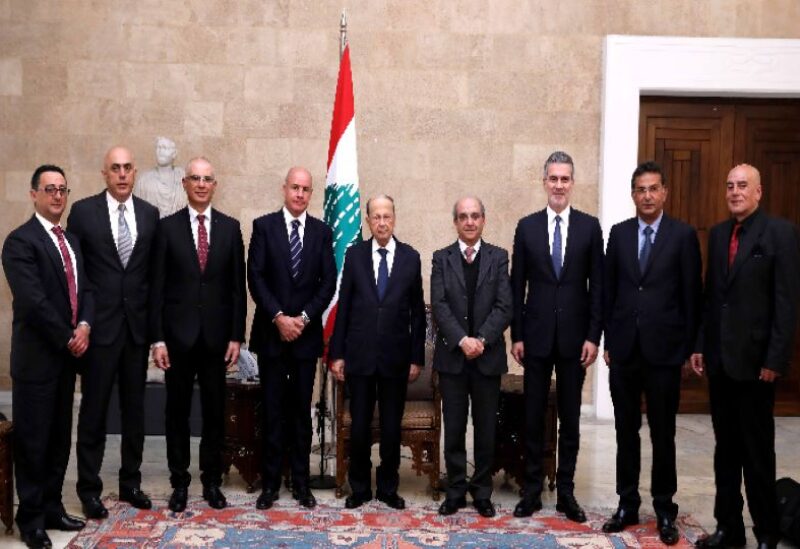 President of the Republic, General Michel Aoun, devoted part of his interests today to the sports issue, and to following up on the international competitions hosted by Lebanon, in addition to examining the conditions of Lebanese athletes who achieved impressive results in the competitions in which they participated.

President Aoun discussed with the delegation Lebanon’s hosting of the Asian Ski Championship, which will be held today and will continue until the 25th of February month in Kfardebian.

For his part, Minister Nassar, welcomed Mr. Eliasicin this “model country, distinguished by its nature, known in the region for its winter tourism, especially skiing. Minister Nassar also expressed his pleasure to host and organize the 30th Asian Alpine Ski Championship in Lebanon with the Lebanese Ski Federation, considering that the visit of the President of the International Federation is an opportunity to get acquainted with the elements that Lebanon enjoys, especially at the environmental level, including rural tourism.

Then Minister Kallas welcomed Mr. Eliasic to Lebanon, and stressed the importance of this visit and what it means in terms of Lebanon’s re-emergence on the international scene.

Minister Kallas also expressed his hope that Lebanon, through sports and tourism, would look whiter on the world, noting the role played by Mr. Eliasic in the fields of sports and the environment alike.

Afterwards, Mr. Kayrouz thanked the President for the efforts he is making and his desire to help athletes in general in Lebanon, and pointed to the promising results achieved by the Lebanese skaters in the Beijing Winter Olympics.

For his side, Mr. Eliasic, expressed his happiness and pride for his presence in Lebanon, especially in light of the challenges that this country has been facing for some time, and stressed that for him and the International Ski Federation, the goal is to promote this sport outside Central Europe, and Lebanon is an ideal country for such a goal because Lebanon enjoys several aspects, as no other country in the world can allow the ease of practicing two sports at the same time (swimming and skiing) in a very short time that takes less than 45 minutes.

“I think that with time, Lebanon can be an important tourist destination, and with the development of this sport in it. I am sure that the Lebanese contestants will achieve honorable results and raise the name of their country high in international forums. Personally, I am a great friend of this region, and I am interested in promoting it for the sport of skiing in it, and I come from Dubai, which I visited, where they have a closed ski facility and they want to host ski races, which we will agree to. We also want to hold many competitions in Lebanon” Mr. Eliasicsaid.

On the other hand, President Aoun welcomed Mr. Eliasic and the delegation, and considered that the presence of the President of the International Ski Federation encourages this sport in general in Lebanon, and the Lebanese runners in particular, especially in light of the nature that Lebanon provides for such competitions.  “I hope that the visits of international sports officials to Lebanon will continue, that the borders of this country will remain open to all activities, especially sports, and that its Lebanese players and competitors will achieve advanced positions in the sports in which they participate” the President concluded.