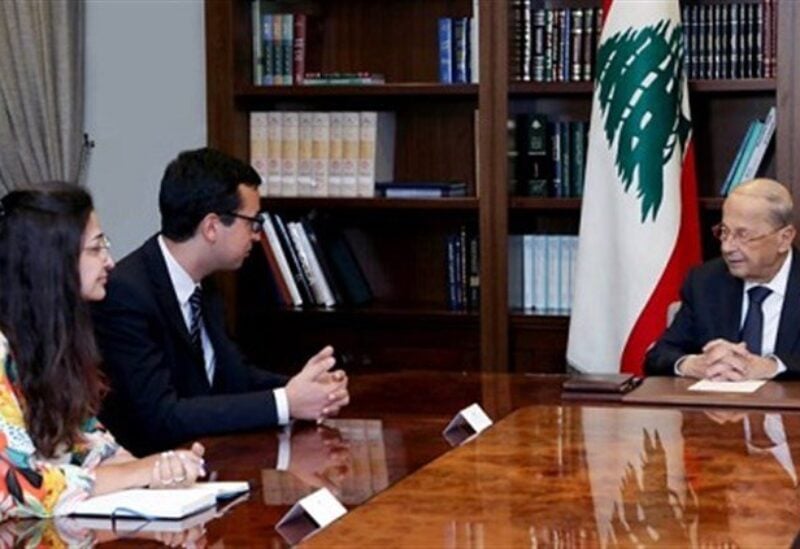 Mr. Federico Lima, the newly appointed resident representative of the International Monetary Fund in Beirut, was met by President of the Republic, General Michel Aoun, on the occasion of his taking up his duties in Beirut.

President Aoun wished Lima well in his new role, praising the current partnership between Lebanon and the IMF in dealing with the country’s economic problems.

President Aoun also assured Lima that “Lebanon is committed to carrying out the required reforms”, asserting the need for the IMF’s program within the limits of its applicability in Lebanon.

For his part, Mr. Lima expressed happiness to be in Lebanon as a resident representative of the International Monetary Fund, wishing for the speedy adoption of the necessary reform steps, including capital control, banking secrecy, and other measures related to restructuring the banking sector.