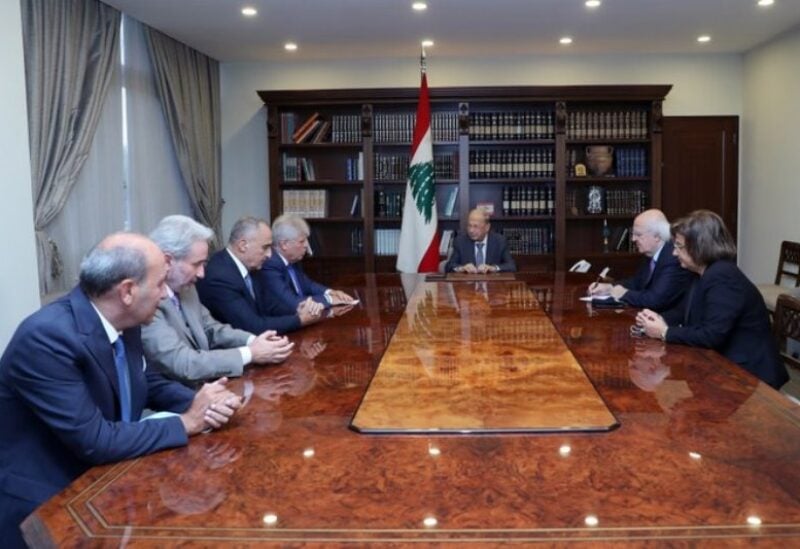 President of the Republic, General Michel Aoun, affirmed his keenness to preserve the rights of all Lebanese sects in political life and to achieve fair representation in constitutional institutions.

The President indicated that this issue is taken into account in the formation of the new government so that the partnership of Lebanese components is complete, while taking into account balance and charter criteria, “Especially in current difficult circumstances which Lebanon is going through and which require fortification of national unity”.

Stances of the President came while meeting a delegation from the Lebanese Orthodox Council, today at Baabda Palace.

The delegation was headed by Mr. Robert Al-Abyad, who discussed the national role which members of the community play in Lebanon, with their Lebanese brothers from all sects, hoping that Orthodox representation will be well-achieved in the future government, which is a true representation of independents who enjoy experience and competence.

Al-Abyad also addressed the sufferings experienced by the Lebanese, from harsh economic and living conditions, and wished to speed-up the formation of the new government to start with developing solutions to the successive crises which have accumulated along the past 20 years.

Moreover, Al-Abyad briefed the President on the sufferings of residents of Ashrafieh, Rmeil, Saifi and Gemayzeh regions, who were affected by the Beirut Port explosion, last August 4th. Al-Abyad wished to speed-up their financial compensations and help them psychologically to recover from the repercussions of this crime.

President Aoun also indicated that after the formation of the new government, economic recovery will witness a breakthrough which will help alleviate Lebanese suffering. The President also promised to continue combatting corruption and smuggling, while starting forensic audit after the deliberate delay which prevented it from starting since the Cabinet took the decision concerning this issue, back in March 2020.