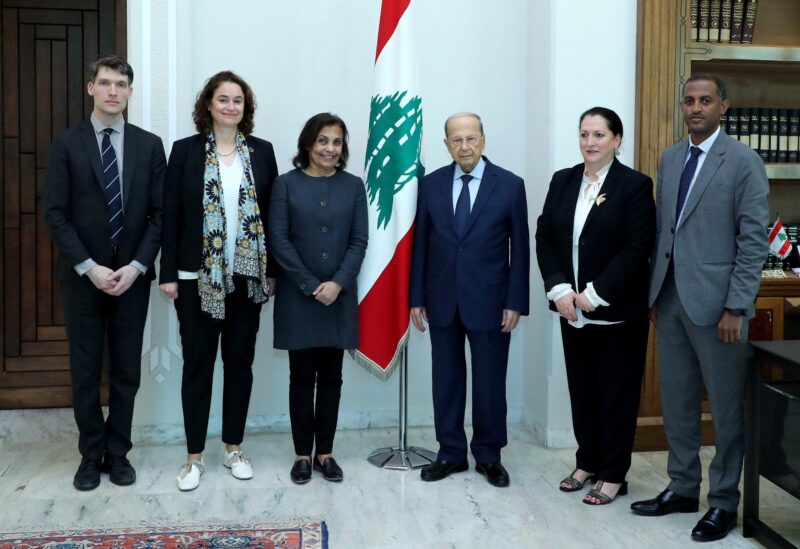 The President told Rao Munari that he will devote the remainder of his presidential term to fighting corruption and completing forensic audits of Central Bank accounts and other government departments and institutions in order to determine the true causes of the country’s financial and economic woes.

Moreover, President Aoun considered that UN support in this field and others has a positive impact, especially since the international organization focuses on adopting transparency and achieving reforms, governance and other basic issues that Lebanon has committed to.

The President also asserted that there will be no retreat from measures, no matter how intense the pressures which are well-known.

On the other hand, President Aoun praised the existing partnership between Lebanon and the UN, describing it as “Essential to help Lebanon re-establish itself, especially after a series of unprecedented crises which Lebanon was exposed to, which had huge economic, financial and social repercussions”.

In addition, President Aoun pointed out that “Lebanon is working to heal its wounds and needs the support of the international community”, indicating that the projects implemented by the United Nations Development Program (UNDP) are of great importance in terms of sustainable development, especially the digital transformation project approved by the government, which is considered one of the most advanced projects to improve management and automation.

Finally, the President expressed his hope that the new parliament will be able to keep pace with the reform process that has begun and complete it in the interest of Lebanon and the Lebanese.

For her part, Mrs. Rao Munari had conveyed the greetings of UN Secretary-General, Antonio Guterres, and his congratulations on the achievement of the parliamentary elections, which give additional opportunities for Lebanon to enjoy stability and reform.

Mrs. Rao Munari emphasized the importance of the existing partnership between the United Nations and Lebanon in most fields, and pointed out that the UN will remain committed to supporting the Lebanese government to achieve sustainable development and the required development reforms.

Mrs. Rao Munari also revealed that the budget allocated by the United Nations Development Program to Lebanon for this year amounts to 75 million US Dollars in order to implement the reform program, combat corruption, support host communities, as well as assist in the parliamentary elections.