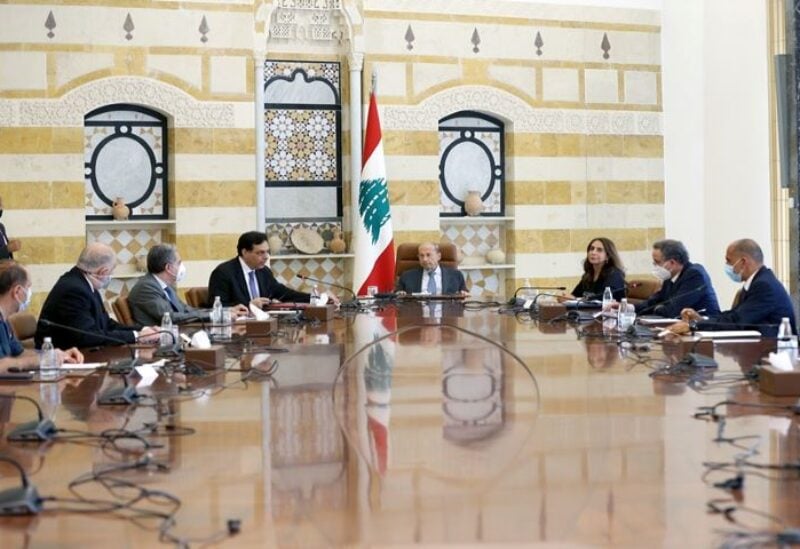 The Supreme Defense Council convened today, at the Presidential Palace, in a session chaired by President of the Republic, General Michel Aoun, and decided to request heads of security and military apparatuses to intensify coordination meetings, in order to follow-up and address the security situation, in light of current local developments.

After the meeting, Major General Al-Asmar read the following statement:

“The Supreme Defense Council convened today in a session today, at the invitation of His Excellency, the President of the Republic, General Michel Aoun. Prime Minister, Dr. Hassan Diab did not attend the session due to quarantine.

Several ministers, the Central Bank Governor, the Army Commander, Heads of Security apparatuses, General Director of the Presidency, Secretary General of the Supreme Defense Council, and the Governmental Commissioner to the Military court, attended the meeting.

Security and living affairs were tackled in the meeting, in addition to the fuel crisis, in light of administrative and security reports, especially those of a sensitive nature. The wheat storing building at the Port of Beirut, the chemicals found in the oil facilities in Tripoli and Zahrani, and the facilities designated for refueling aircraft at Rafic Hariri International Airport, were also addressed in the meeting.

A series of decisions and recommendations were taken to address these issues, based on the laws and regulations in force, including a request to the heads of military and security services to intensify regular coordination meetings, while following-up to address the security situation.