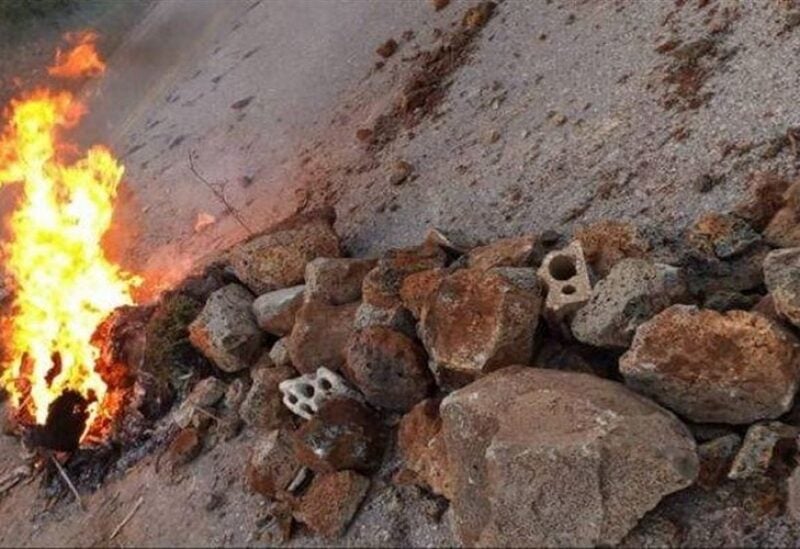 Relatives of victims of last August’s explosion of an illegal gasoline tank in the Akkar village of Tleil blocked the road linking Halba to Qobeiyat in North Lebanon.

The explosion, which occurred on the night of Aug. 14, caused the deaths of more than 30 people and injured around a hundred others.

Relatives of the victims, who gathered at dawn, claimed that they haven’t been able to receive the compensation provided to them by the Higher Relief Committee for a variety of reasons, similar to the families of the Aug. 4, 2020 Beirut port explosion victims.

“Some families have not been able to receive compensation yet, especially those who were just injured in the blast and Syrian refugee victims, who did not receive monetary compensation at all…” said Raghida al-Cheikh, the widow of Fadi al-Cheikh who died in the post explosion. “The situation has been chaotic and there is no common consensus on who received or will be receiving compensation.”

The demonstrators assured that other protest activities would follow in Beirut, in particular in front of the ministries of health, defense and justice, and at the Grand Serail.

The Tleil blast occurred as the Lebanese Army was distributing fuel to local residents without taking the necessary precautions. It has been alleged that one of the individuals present at the distribution lit a lighter, which ignited the fuel. Three suspects were arrested as part of an ongoing investigation.