Remarkable statements by “Austin’s “assistant regarding Lebanese army and Hezbollah 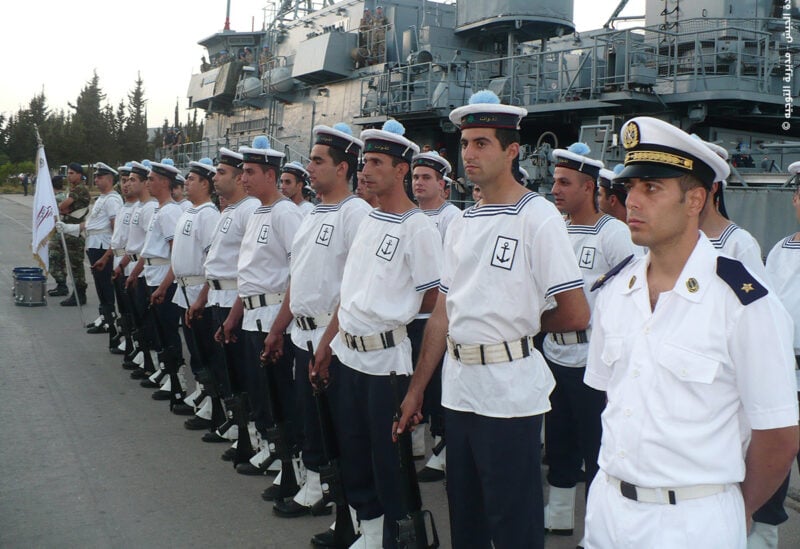 US Assistant Secretary of Defense Dana Stroll confirmed that Washington is concerned about “Hezbollah’s” activities inside Lebanon, declaring that the United States “will provide the Lebanese naval forces with military support to stand in the face of challenges.”

According to Sky News, Stroll pointed out that the administration of US President Joe Biden wants to invest in the Lebanese army to face terrorism challenges on the borders, especially dangers imposed by ISIS.

It is noteworthy that on May 28, US Ambassador Dorothy Shea joined Rear Admiral Curtis Renshaw and Chief of Defense Joseph Aoun to commemorate the conclusion of the Resolute Union 2021 Joint Military Exercise conducted May 17-28 in Lebanon and in the Eastern Mediterranean, the event is designed to enhance interoperability and fortify military-to-military relations between the U.S. Navy and the LAF, provide training between the U.S. Navy and regional partners, facilitate the future advancement of the Resolute series, maintain warfighting readiness, and demonstrate the U.S. Navy’s commitment to regional maritime security.

“Thank you for joining us today to commemorate the culmination of Resolute Union 21, the U.S. military’s largest annual exercise with the Lebanese Armed Forces.   In particular, I want to thank Rear Admiral Curtis Renshaw, Deputy Commander of U.S. Naval Forces Central Command, and General Joseph Aoun, Commander of the Lebanese Armed Forces, for their strong support for the U.S.-Lebanese security partnership.

This year, it is a distinct pleasure to welcome the participation of our colleagues from the Jordanian Armed Forces.  In particular, I’d like to thank Major General Huneiti, Chairman of the Joint Chiefs of Staff, and Colonel al-Jarrah, Head of the Jordanian Navy, for joining us today.   Last but certainly not least, I’d like to thank the many U.S., Lebanese, and Jordanian military personnel who invested countless hours in planning and executing Resolute Union.  Congratulations on the completion of another successful exercise!

This was the 21st iteration of Resolute Union and the first time we’ve conducted Resolute Union as a multilateral exercise with three participating militaries.  Such coordination and cooperation shows not only the professionalism of the Lebanese Armed Forces, but also our shared interest in regional security and stability.  Resolute Union is one of our premier opportunities to share knowledge and expertise with the Lebanese Armed Forces and work side-by-side to complete challenging scenarios.  Over the last two weeks, for example, our teams tackled explosive ordnance disposal, dive operations, and maritime search and seizure.

These exercises improve the interoperability of our forces, and help ensure that the LAF is fully equipped to counter smuggling and mitigate other threats at sea.  Today, we saw an impressive display of these capabilities in action.  I am proud to see the success of our LAF partners in developing these advanced capabilities.   This is on top of the myriad challenges the LAF has responded to over the past 18 months, even against the backdrop of the hardships of the pandemic and the economic crisis.

But the United States has stood with the LAF, just as we continue to stand with the Lebanese people.  Just last week, we convened our first-ever U.S.-Lebanon Defense Resourcing Conference with senior leaders from the U.S. Departments of State and Defense and the Lebanese Armed Forces.  Topping the agenda was a discussion on ways to support the Lebanese military during these economically difficult times.   Last week, I also oversaw the delivery of 95 containers of ammunition valued at over $55 million, all of which is intended to equip and assist LAF operations.

These events, combined with the multiple senior-level visits by U.S. military and civilian leadership, leave no doubt about the strength of our enduring partnership with the LAF.

In that vein, it is my pleasure today to share three recent, additional announcements of funding for the LAF from the U.S. Government.    First, the U.S. Department of State announced the intended transfer of $120 million in Foreign Military Financing for Fiscal Year 2021.  This military grant assistance will provide the Lebanese Armed Forces with critical defense systems, services, and training.  This award marks a $15 million increase over prior-year levels.  In addition, the U.S. Department of Defense announced that it will donate three U.S. Coast Guard Protector-class patrol boats to the Lebanese Navy next year.  These boats will greatly strengthen Lebanon’s maritime patrol capabilities.   Lastly, the Department of Defense initiated the transfer of $59 million in Section 1226 funding to the Lebanese Armed Forces, which will be used primarily to strengthen the army’s border security capabilities along the eastern border. 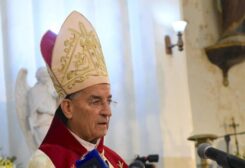