Reuters citing government sources: Lebanon will not be a platform for activities affecting Arab countries 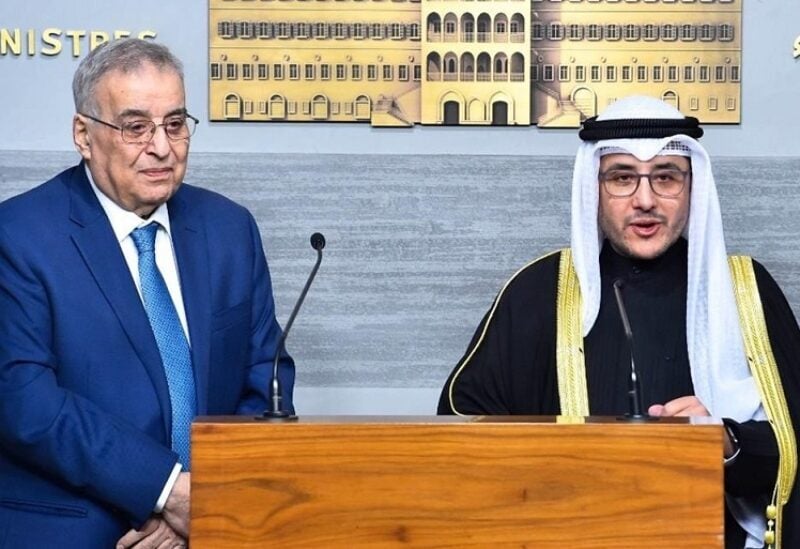 Lebanese Minister of foreign affairs and his Kuawiti counterpart

Informed sources told Reuters on Friday, that the Lebanese government will state in a message to the Gulf countries, that Lebanon will not be a starting point for activities affecting Arab countries.

The Lebanese foreign minister is scheduled to deliver the message, in response to a Kuwaiti proposal for confidence-building measures, to end the diplomatic row with Gulf states, at a meeting of Arab foreign ministers in Kuwait, on Saturday.

The sources added that the message will state that Lebanon respects United Nations resolutions, to ensure civil peace and national stability in Lebanon, and that the government is verbally and practically committed to the policy of disassociation.

For his part, the Lebanese Foreign Minister said that he will carry a letter of response to the Kuwaiti initiative, agreed upon by the executive authority.

Bou Habib confirmed via an interview with Al Jazeera, that “Hezbollah was not informed of the response that we will deliver to Kuwait.

Noting that the response to the Kuwaiti initiative was prepared by the presidents of the republic and the government.

He added that the response that the Kuwaiti Foreign Minister will receive tomorrow, declares that the Gulf countries are friendly countries, and “we seek to solve the problems, and we are also interested in having an excellent relationship with the Gulf countries.

Minister Bou Habib stressed that Lebanon is committed to the resolutions of the Security Council and the Arab League.