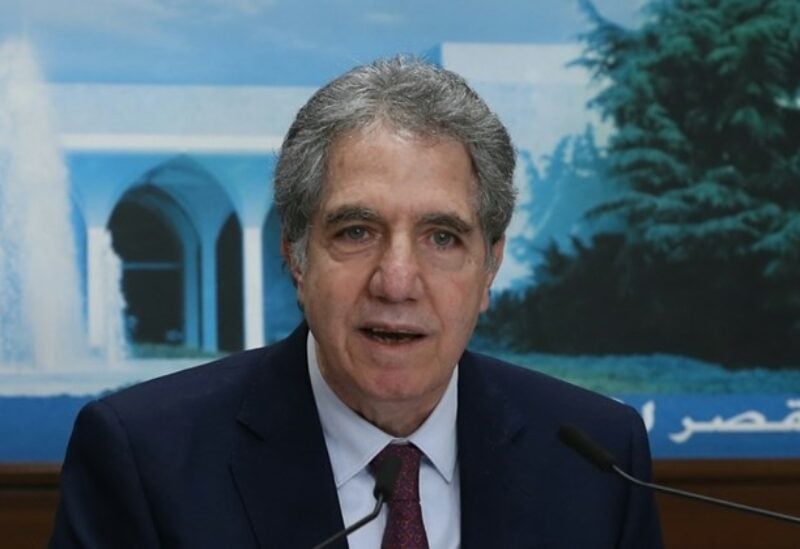 BEIRUT: The Central Bank has around $1.5 billion left for the subsidy program and it’s not willing to continue this trend until the caretaker cabinet comes up with a new plan to lift subsidies and issue prepaid cards for families in need, caretaker Finance Minister Ghazi Wazni told The Daily Star on Thursday.

“Central Bank Governor Riad Salameh informed caretaker Prime Minister Hassan Diab that he can longer continue to support the subsidy program because Banque du Liban (BDL) has only $1.5 billion left for this program and urged the Cabinet to come up with a plan to lift the subsidy and replace it with a prepaid card for needy families in Lebanon,” Wazni said.

According to the minister, BDL has around $1 billion in cash and $5.5 billion in Eurobonds that are now valued at $650 million in the market.

In theory, BDL has around $16 billion of gross foreign currency reserves and it can only use $1.5 billion of them since the 15% mandatory reserves have plummeted due to the fall in the customer deposits.

But there is still a debate among financial circles on whether BDL has actually $16 billion in foreign currency reserves.

Wazni also pointed out that the incumbent government needs the approval of the Parliament for allocating $1 billion a year for the prepaid card program, adding that the ministers have studied various scenarios to reduce subsidies gradually and replace them with a safety net program.

“We are not authorized to borrow without a mandate from Parliament because the loan will be in dollars and will come from the Central Bank,” he said.

The cost of the subsidy program is $6 billion a year or $500 million each month.

The subsidies for fuel oil alone are costing $3 billion.

But this subsidy program proved to be a total failure as many merchant hoarded the supported goods in their warehouses or smuggled them to Syria and other countries.

Wazni said that if everything goes according to the plan, the cabinet will request to borrow $1 billion each year from BDL to finance the prepaid card for needy families.

Studies show that at least 800,000 families are in dire need for this prepaid card since the economic recession, devaluation of the pound and impact of COVID-19 took a heavy toll on the population.

In other words, the ball is in the Parliament’s court because it is the only one capable of passing a law to approve funding of the prepaid card.

But a source told The Daily Star that Diab is not willing to hold this ball of fire in his hands and prefers to pass to the new government.

He dismissed any solution for the economic crisis in the near future until Prime Minister-designate Saad Hariri succeeds in forming a new cabinet.

Joe Sarrouh, an economist and financial adviser, reminded that according to a report issued by the Economy Ministry, the size of the support provided by the Central Bank ranges between $6.5 billion and $7 billion annually.

“The Central Bank can allocate $2 billion from its foreign currency reserves. The first $1 billion should be used to provide cash assistance to the Lebanese who were affected by the crisis provided that the subsidies are lifted. The second $1 billion should be used as a backup for the new platform to help ease the market,” Economist Rock-Antoine Mehanna told The Daily Star.

Mehanna saw no reason to continue with this useless subsidy program that costs billions of dollars each year, especially that part of the subsidized goods are being smuggled to other countries.

“We can issue a special voucher to each citizen in the amount of LL1 million a month so he or she can purchase all their needs directly. The good thing about these vouchers is that the citizen does not need to have an account in the bank. We are simply throwing away our money in the subsidy program,” he added.