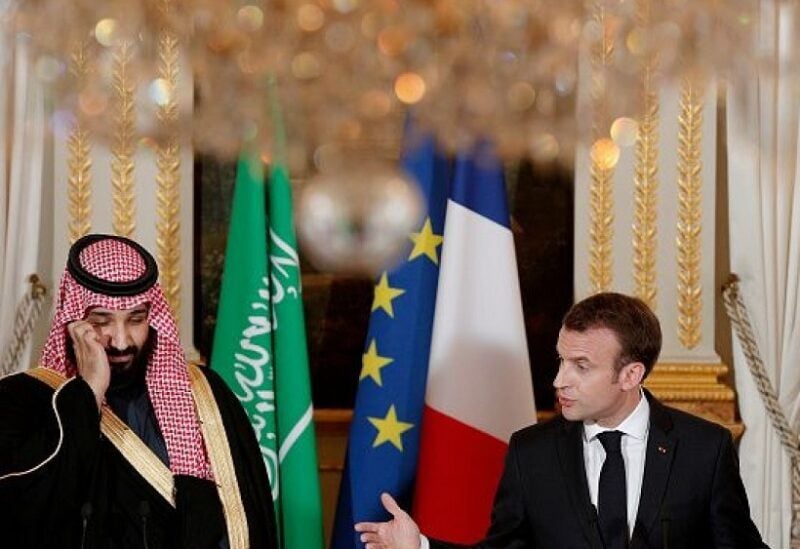 After the meeting of French President Emmanuel Macron with the Saudi Crown Prince Mohammed bin Salman in Jeddah, Saudi Arabia, the Saudi and French authorities stressed, in a joint statement, “the necessity for the Lebanese government to carry out comprehensive reforms, especially adherence to the Taif Agreement, entrusted on keeping the national unity and civil peace in Lebanon, and we stress the need to limit weapons to the legitimate Lebanese state institutions, and that Lebanon not be a launching pad for any terrorist acts that destabilize the security and stability of the region, and a source of drug trafficking.”
They affirmed, “We praise on the positive and fruitful results that have been achieved, which contributed to expanding the scope of cooperation between the two countries in various fields.
They pointed out that “we agreed on the importance of strengthening the economic partnership and enhancing the participation of the private sector, exchanging experiences, developing human capabilities and exploiting opportunities stemming from the Saudi Vision 2030 and France’s 2030 economic plan,” noting that “we stress the importance of adhering to the principles of the Framework Convention on Climate Change and the Paris Agreement, and the need to develop and implement climate agreements by focusing on emissions without sources.”
Adding, “It was agreed upon the need to confront Iran’s destabilizing activities in the region, including the use and transfer of drones and ballistic missiles, which led to attacks on Saudi Arabia. We express our grave concern about the development of the Iranian nuclear program, and the lack of cooperation and transparency towards the International Atomic Energy Agency, and our determination that Iran will not be able to develop or acquire a nuclear weapon.”