Saudi political researcher Dr. Khaled Nayef Al-Waqaa: If Lebanon does not respond, the following will be more severe 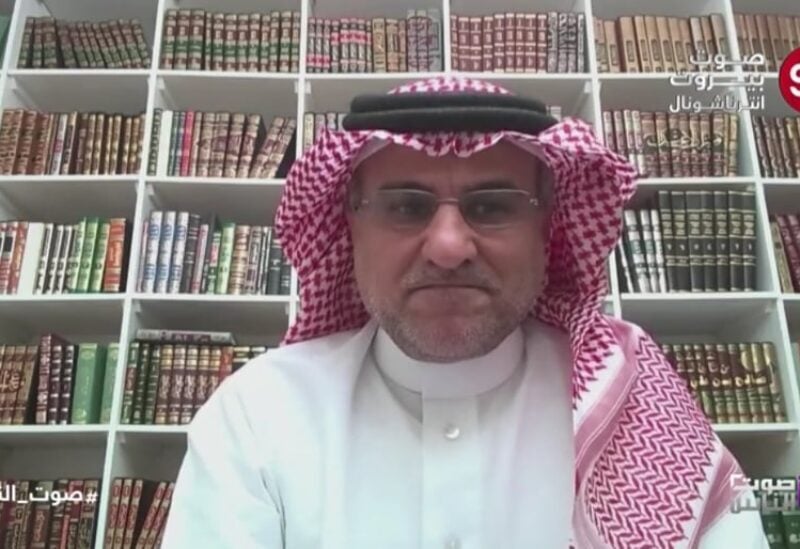 “The Arab countries cannot help Lebanon, if Lebanon does not help itself … the Arab countries rebuilt Lebanon and it returned to destroy itself,” he said in an interview with the “Voice of  People” program with the journalist Mario Abboud through “Voice of Beirut International” and “LBCI”.

“The Saudi statement says that drug smuggling has targeted the Kingdom and that this targeting has become a systematic method … it intended to undermine Saudi security and obtain fresh money to support the Houthi machine and Hezbollah,” he said.

He continued: “The matter is clear when Sayyed Hassan Nasrallah said that he hated Saudi Arabia more than Israel … and when Hezbollah militants were caught in Yemen and Houthi elements were training in the southern suburb to target the kingdom.”

He considered that “the last shipment is the hair that divided the camel’s back .. Drug factories in Lebanon work around the clock, and millions of Captagon pills have entered from Lebanon in recent months.”

He said, “We deal with drug crimes as gang crimes, but in Lebanon whoever carries out this crime, is a Lebanese party that falls under the Lebanese government.”

He continued, “Lebanon has reached the stage of” dumping “the Kingdom of Saudi Arabia and the Gulf states with drugs, and that is why Kuwait and Oman supprted our decision, and I believe that Kuwait is on its way to take similar measures.

He asked: “Who controls Lebanon’s  crossings? Who controls the government’s decision? And the sea and air port of Beirut?

He said, “I think that the Saudi statement that was issued, which called for guarantees … is a help to Lebanon. The statement gave Lebanon, with its security apparatus, to take over the matter … when Lebanon declares its complete impotence, the Saudi anti-drug agency is very strong.”

He added, “The Lebanese can benefit from Saudi expertise in combating drugs, but my question is who will be the counterpart to the Saudi officer from Lebanon’s side? Will it be Hezbollah or an officer from the Lebanese state? ”

He continued: “Saudi Arabia makes Arab cooperation a cornerstone of Saudi politics, but we feel bitter about the ingratitude of some Lebanese brothers, as some came to Saudi Arabia to take doses of vaccines and then returned to Lebanon to“ insult ”Saudi Arabia.
He said, “Let Lebanon distance itself from the differences and not send armies to Syria and Iraq to kill their people.”

He stressed that “the policies of countries and their national security are not managed by emotions … the security of the kingdom is a red line.”

He continued: “Saudi Arabia classifies dealing with drugs into 3 categories, user, promoter and trader.  users need treatment, traders and promoters shall be punished with the most severe penalties.

And he considered that “the difference between the countries from which drugs are smuggled into Saudi Arabia and Lebanon is that drug smuggling in Lebanon is covered by some of the Lebanese government.”

He stressed that “Saudi Arabia’s action is temporary, in case guarantees are submitted from Lebanon.”

He said, “I see a real Lebanese sense regarding the seriousness of what happened, if there are wise men in Lebanon who regard the Saudi decision as a lifeline and get rid of the Lebanese goods from drugs , then the Lebanese goods are welcome.”

He believed that “Lebanon must belong to its Arab depth, and the gates of heaven will be opened for it.”

And he continued, “If Lebanon does not respond, then what is coming is more severe.”

In response to the talk about the Lebanese’s contribution to the reconstruction of the Gulf states, he said: “You built the Gulf once, and we built Lebanon dozens of times.”