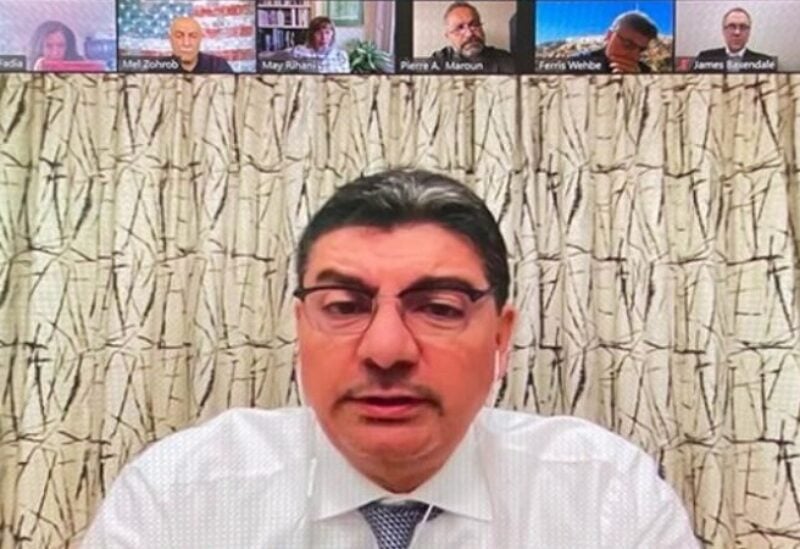 In the context of finding common ground between the sovereign powers, a meeting was held on Friday, January 7, 2022, which included members of the Lebanese American Coordination Committee (LACC) with businessman Bahaa Rafik Hariri, during which the Lebanese situation was discussed in light of the severe economic, financial and political crisis it is going through.

Agreement was reached on the various issues discussed between Hariri and the six organizations, including stressing the importance of implementing the Taif Agreement and implementing international resolutions related to Lebanon, particularly resolutions 1559, 1680 and 1701.

The participants talked about how to take Lebanon into the twenty-first century and the plans and solutions that can be pursued to reach this goal, emphasizing the role of expatriate and the necessity of cooperation between the Lebanese expatriate and the residents in the next stage.

They also discussed the economic and financial situation, the banking sector file, and “the necessity of conducting a criminal audit to find out the details of the Ponzi Scheme that was practiced against depositors and which the United Nations Secretary-General addressed during his recent visit to Beirut.”

The conferees stressed the need to work to restore confidence and restore the relationship with the Gulf Cooperation Council and friendly countries to urge them to complete assistance to Lebanon, its army and security forces.

The participants in the meeting emphasized that the expatriate today has become stronger than it was in the past, especially since they became more organized and more interested and connected to the homeland, and hence came the turnout of expatriates to register to vote in the parliamentary elections.

The six American-Lebanese organizations affirmed that their follow-up to Lebanon’s situation and the pressure they are exerting abroad, especially in the United States, will continue until Lebanon is pulled out of this tunnel in cooperation with organizations and personalities who share the same view of the new Lebanon.

At the conclusion of the meeting, it was agreed to continue the discussion in meetings to be held in the coming weeks.