Shea: People are suffering, Lebanon on the verge of collapse 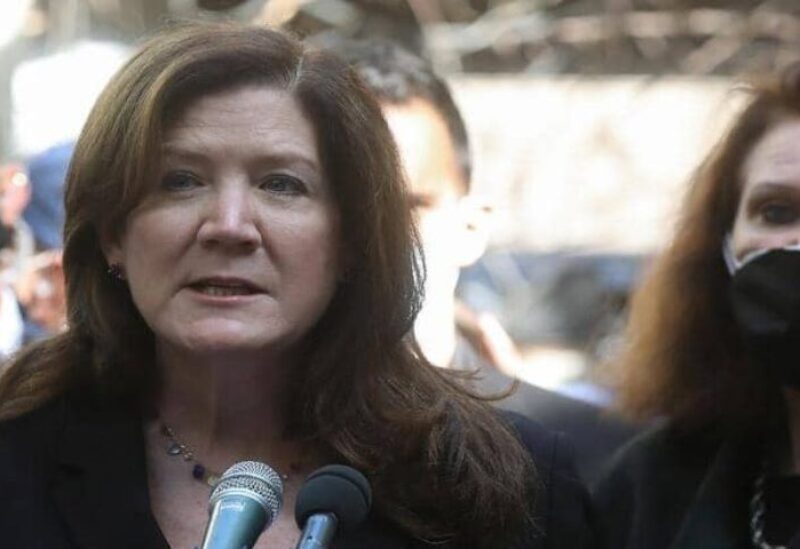 US ambassador to Lebanon Dorothy Shea said following her meeting with President of the Republic, Michel Aoun that every day passes without forming a government capable of implementing reforms, the situation will slip into a humanitarian catastrophe.

Shea added: “I discussed with Mikati the efforts to form a government, and I discussed the same thing with President Aoun. Citizens are suffering and the situation is on the verge of collapse.”

Shea said: “The United States and the international community are putting efforts to support Lebanon, and we know that the Lebanese people cannot wait.”

Shea said in a statement: “First, I’d like to offer our sincere condolences over the loss of life and grievous injuries suffered in yesterday’s explosion in Akkar.

Earlier today, I met with Prime Minister-Designate Mikati, and we discussed the status of Lebanese efforts to form a government quickly.  And I just now concluded a meeting with President Aoun, in which we discussed the same topic.  I reiterated the absolute urgency of the situation.  The Lebanese people are suffering.  The economy and basic services have reached the precipice of collapse.  Every day that goes by without an empowered government committed to and able to implement urgently needed reforms is a day in which the already dire situation slides further into humanitarian catastrophe.

The United States and the international community are partnering to provide direct support to the people of Lebanon, and we will continue to do so.  As I stand here, I have colleagues urgently working on the aid that President Biden recently announced to help where basic, sometimes lifesaving, services have failed.  This is the government’s responsibility, but we know the people of Lebanon cannot wait.

In parallel, we urge those who continue to block government formation and reform to put aside partisan interests.  We welcomed the EU’s new sanctions framework to promote accountability and reform in Lebanon, and the United States will continue to coordinate with our partners on appropriate measures.  Lebanon needs its leaders to take urgent rescue action, and that can’t happen without an empowered, reform-focused government that begins to address the needs of the people and begins the hard work of economic recovery.  It’s not going to happen without leadership, but it can happen.”