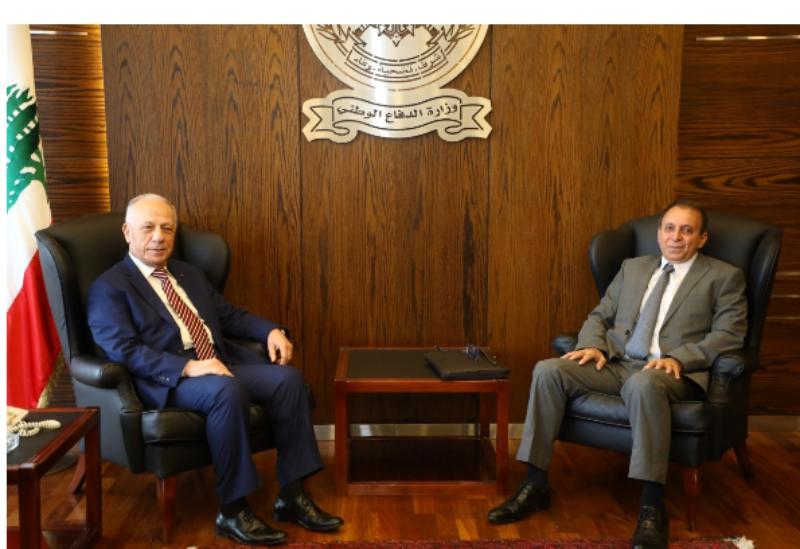 Caretaker Minister of National Defense, Maurice Sleem, on Wednesday received the Chargé d’Affaires of the Kuwaiti Embassy in Lebanon, Abdallah Sleiman al-Shaheen, who came on a protocol visit.

Caretaker Minister Sleem affirmed that “Lebanon seeks the best relations with the countries of the Gulf Cooperation Council.”

During his meeting with the Kuwaiti Chargé d’Affaires, Sleem underlined the depth of fraternal ties between Lebanon and the State of Kuwait, hailing Kuwait’s permanent stand- Emir, government and people- by Lebanon, especially in the difficult circumstances the Lebanese people are going through.

In turn, Shaheen highlighted the depth of the historic ties between Lebanon and Kuwait, looking forward to the best relations between the two countries.

On the other hand, Sleem met with Caretaker Displaced Minister, Issam Charafeddine, who briefed him on the outcome of his recent visit to Syria, and his talks with Syrian officials within the framework of the plan for the return of the displaced Syrians to their country.