Spiritual leaders to Guterres: “We are committed to the values of openness, tolerance and coexistence” 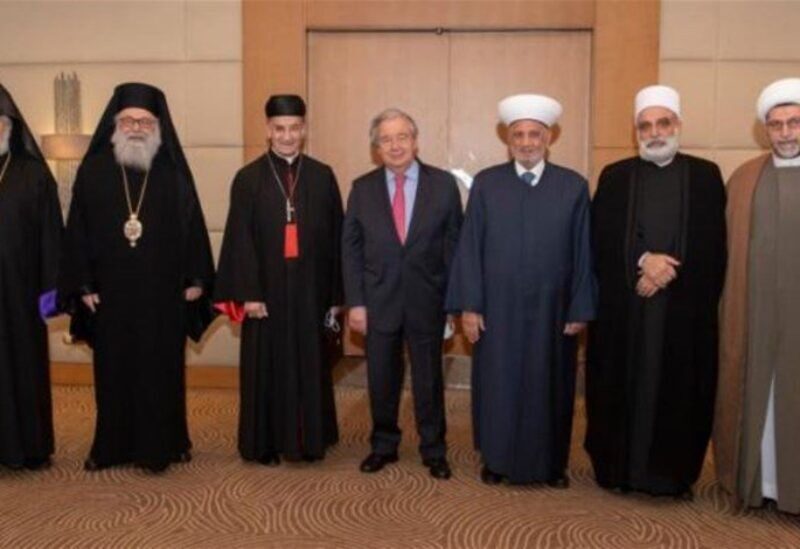 The participants affirmed their commitment to the values ​​of openness, tolerance and coexistence as the core of Lebanon’s identity and stability.

They stressed the importance of preserving these values, which are at the core of faith, especially in this critical phase, which is witnessing a financial, economic and social meltdown.

The participants expressed their willpower to focus on what unites Lebanon and its people, encouraged people of different religions and sects to do the same, and to adopt dialogue as a means to resolve differences in the spirit of consensus and teamwork.

They expressed the common desire among people of all religions and sects to see Lebanon recover and prosper, and they committed to doing everything they could to restore hope to its people.