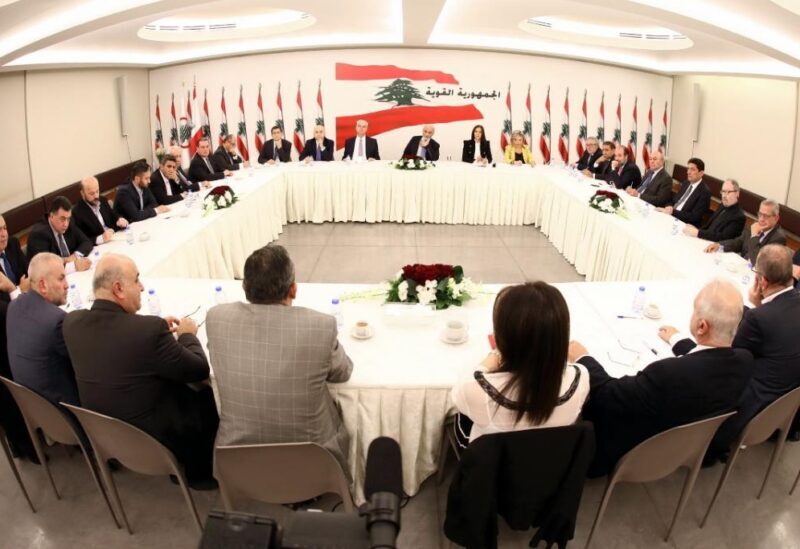 The “Strong Republic” bloc announced today that its deputies signed a petition against Hassan Diab, the resigned Prime Minister, and some of his ministers, in conformity with Articles No. 70 and 80 of the Constitution and Articles No. 18 and 19 of Law No. 13/90 on the procedures of trial at the Supreme Council for the Trial of Presidents, as well as ministers, for failing to fulfill their responsibilities, which resulted in the suffocating living crisis that the Lebanese people are experiencing on different levels, including the fuel, power, and medication crises.

“In order to follow its legal path, this petition requires the signatures of 26 deputies, who make up one fifth of the council’s members, according to the provisions of Law No. 13/90, which will require that we communicate with some parliamentary blocs to present the issue to them in order to obtain their approval of the petition and the signatures of their deputies on it,” MP Georges Okais explained.

“In the midst of the concerns that the Lebanese people are experiencing, we should never disregard the principle of accountability, for which this authority is not willing to issue a judgement.”

The bloc “will continue with its efforts to gather the requisite parliamentary signatures, even if a new government is established,” according to Okais, “since the existing cabinet’s obligation does not expire but with the passage of time over the breach of job duties.”