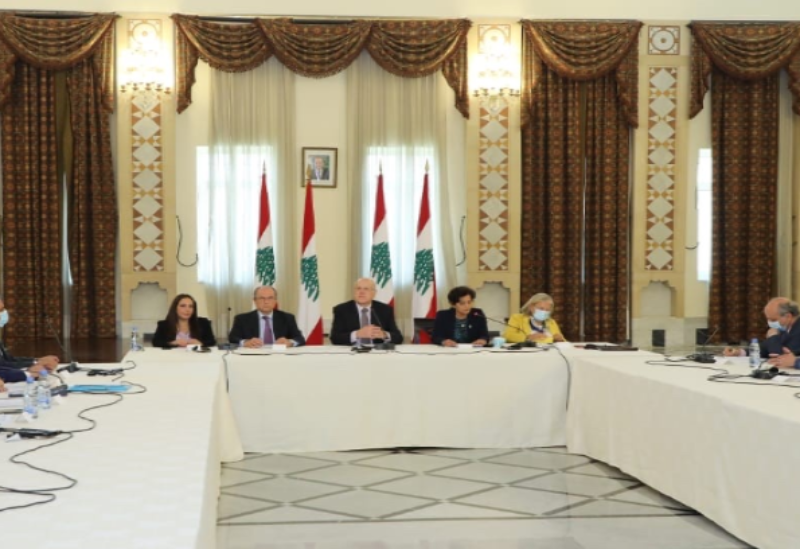 he Consultative Group (CG) of the Reform, Recovery and Reconstruction Framework

The 3RF Consultative Group consists of the Government of Lebanon, Lebanese civil society, the European Union, United Nations, the World Bank and international donors. Together they monitor progress and give strategic direction to the reforms and activities under the 3RF.

The 3RF Consultative Group members discussed progress achieved so far and next steps in four main sectors: the anti-corruption sector; the Build Beirut Businesses Back Better (B5) programme; the social protection sector; and the housing sector.

The third Consultative Group (CG) meeting of the Reform, Recovery and Reconstruction Framework (3RF) was held on 16 November 2021 at the Grand Serail, co-chaired by the Prime Minister of Lebanon, Lebanese civil society, European Union (EU) and United Nations (UN).

The economic, financial and social situation of most Lebanese has deteriorated further since last meeting in July. More than half the population live below the national poverty line and an increasing share of households has difficulty accessing basic services. Rebuilding trust in the social contract is essential for people to know there is a future for them in Lebanon, especially for those bereaved after the blast and for women.

The CG welcomed the formation of the new government, which took office on 10 September, and the ministerial statement that aligns with 3RF priorities. This commitment needs to be translated into concrete action and the Government and Parliament need to deliver on priority reforms. The CG welcomed the engagement of the Prime Minister, the Parliament, and the Presidency. The CG praised the formation of ministerial committees to further the work of the 3RF, and for being inclusive of civil society.

The CG repeated its call for justice and accountability through a transparent, independent and credible investigation into the Beirut port explosion, and for upholding due judicial process.

The CG reviewed progress on essential reforms discussed in the previous Consultative Group meeting. CG reiterated the need for macroeconomic and fiscal reforms, in the framework of an IMF programme, as sine qua non for stabilization and recovery of the economy of Lebanon. Potential benefits from the IMF Special Drawing Rights should be maximized. CG also reiterated the call for free and fair elections, to be held according to the electoral calendar provided by law and ensuring full representation and participation of women in the democratic process and in government. As called for at the second CG meeting, civil society is included in implementation of the 3RF at sector level.

The CG focused on how Lebanese Government, Lebanese civil society and the international community are working together to deliver the commitments of the 3RF. The CG called for donors to contribute to the 3RF, through the LFF or bilateral programmes that contribute to 3RF commitments. Priority in the present phase is people-centred recovery. The following next steps will all be taken before the fourth Consultative Group early next year.

In the housing sector (pillar Improving Services and Infrastructure), civil society was first to respond after the blast and continues to support those worst affected, though uneven attention is given to poor neighbourhoods. There is a need for a housing recovery strategy and action plan, linking housing to wider urban recovery while remaining sensitive to heritage, cultural life and the environment.

The CG calls for a coordination planning unit for urban recovery in the office of the Governor of Beirut together with the Mayor of Beirut. This unit will coordinate with the Army Forward Emergency Room, civil society and the international community. The Governor of Beirut welcomed this proposal and will work with the 3RF housing working group to develop a Terms of Reference. The working group will also develop templates of contracts to protect both tenants and landlords.

The B5 was launched on 11 November and will start disbursing to SMEs in December, a major development in support of the pillar Jobs and Economic Opportunities.

The CG welcomed commitment from Parliament to expedite passing of the Competition, Insolvency and Bankruptcy laws. The Minister of the Economy committed to finalize the implementation decree for the e-transaction law and develop a detailed action plan to deliver on the business environment strategy in coordination with the 3RF working group. The Government will simplify export procedures through ministerial letters. Parliament was requested to extend law 194 also to protect businesses affected by the blast.

Anti-corruption (pillar Improving Governance and Accountability) progress was noted on formation of an inter-ministerial committee to implement the Public Procurement law. Parliament called on the international community for technical and financial support to draft ten decrees needed for the law to enter into force August 2022.

CG welcomed the appointment of the Anti-Corruption Committee headed by Minister Riachi and requests all nominations and an adequate budget to be announced before the next CG. The CG welcomed Government and Parliament commitment to work with the 3RF Rule of Law working group to review drafts of the Independence of the Judiciary law and to request the assistance of the Venice Commission in finalizing the draft law.

The CG praised civil society for self-organizing and for their constructive stance, channelling the expertise and energy of more than 150 civil society organizations and experts into the 3RF through concrete recommendations.

The CG praised the Prime Minister’s decision to revitalize and expand the scope of the Central Management Unit (CMU) to act as coordination on international cooperation in Lebanon. The CMU will include three CSO and three donors and development partners and be located in the Office of the Prime Minister. Terms of Reference of the new CMU will be developed before the next CG.

The CG saluted civil society and volunteers inside and outside Lebanon. Civil society is included in implementation of the 3RF at sector level. Fourteen sectoral working groups have been activated to bring together implementers and experts from the United Nations, the World Bank, the European Union and civil society. The CG welcomed Government commitment to have representation in each of the working groups before the next CG meeting, in addition to representatives from donors. These working groups serve to implement the 3RF commitments including structured reforms required to unlock resources. Only by engaging in an inclusive and constructive policy dialogue, can Lebanon overcome its challenges.