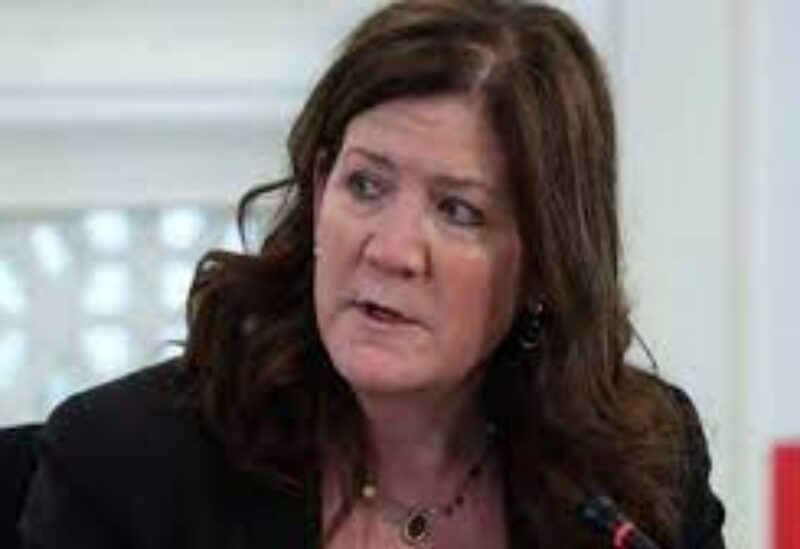 The US is in talks with the World Bank and the governments of Egypt and Jordan to help find solutions to Lebanon’s fuel and energy needs, Washington’s ambassador to Beirut said Thursday.

“I’m trying to find solutions for the Lebanese people. We’ve been talking to the governments of Egypt, Jordan, the government here [Lebanon], the World Bank. We’re trying to get real, sustainable solutions for Lebanon’s fuel and energy needs,” Dorothy Shea told Al Arabiya English during an interview from the US Embassy in Beirut.

Shea’s comments came shortly after Hezbollah’s secretary-general accused the US of being behind Lebanon’s economic and fuel crises.

“The United States is as frustrated as the Lebanese are with the situation, and I’ve been working on this for several weeks now. So, to be accused of being the sole source of this problem … ad hominem personal attacks are the weakest form of argument,” the senior US diplomat said.

“And if that’s all he can muster to explain the misery that the Lebanese people are living in, then shame on him,” she added.

Pushing back against Hassan Nasrallah’s comments, Shea rejected claims that Washington was responsible for the economic collapse. “He [Nasrallah] can try as much as he wants to pin it all on the United States, and he can call me names. Seriously, is that the best he can do?”

Asked what the US response would be to Nasrallah’s earlier speech where he said Iranian fuel would be on its way to Lebanon in the coming hours, Shea said Lebanon didn’t need any Iranian tankers. She cited “a whole bunch” of tankers off the country’s coast waiting to offload their cargo.

The Lebanese government cannot pay due to the current economic crisis and shortage of the US dollar.

Shea said she was working the phones with Lebanese officials to help find a solution. But ultimately, she said, “Lebanon can do whatever it wants.”

“I don’t think anyone is going to fall on their sword if someone’s able to get fuel into hospitals that need it. But I think the Lebanese people deserve importers of fuel to distribute it equitably. And I ask you, can you count on Hezbollah to do that?”

Al Arabiya English reported last month that the US was being urged by the World Bank, Egypt and Jordan to find a way to avoid sanctions under the Caesar Act.

Shea also said she was in touch with the Treasury Department and the White House. Admitting that the procedure to import via Syria was a tricky matter due to sanctions, she said: “There is a will to make this happen. There will be some logistical things that need to happen too, but I think that it will all fall into place fairly easily.”

The Lebanese presidency announced Thursday afternoon that Shea called President Michel Aoun to tell him that the US was going to help with the electricity sector.