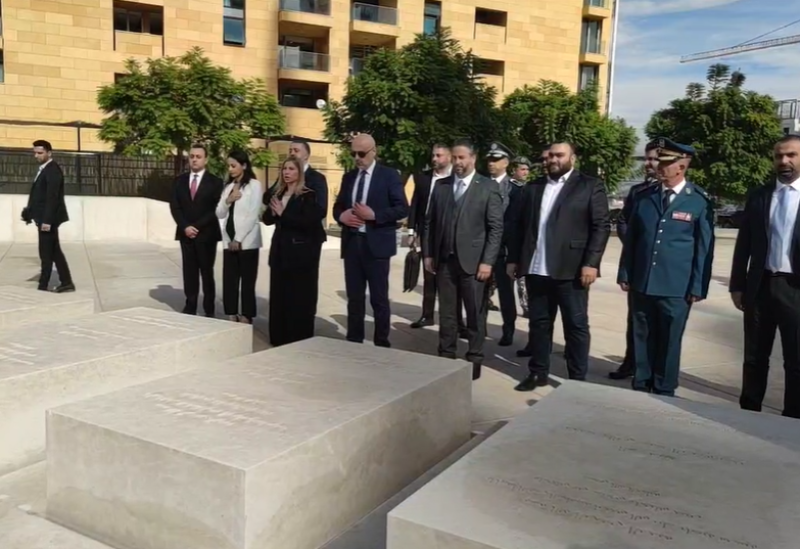 Laying a wreath at the tomb of Prime Minister Rafic Hariri

Caretaker Interior Minister Bassam Mawlawi, caretaker Economy Minister Amin Salam and a number of security officials read Al-Fatiha on the tombs of martyr Prime Minister Rafik Hariri, who contributed greatly to the establishment of the second independence in Lebanon, and his companions who were martyred.