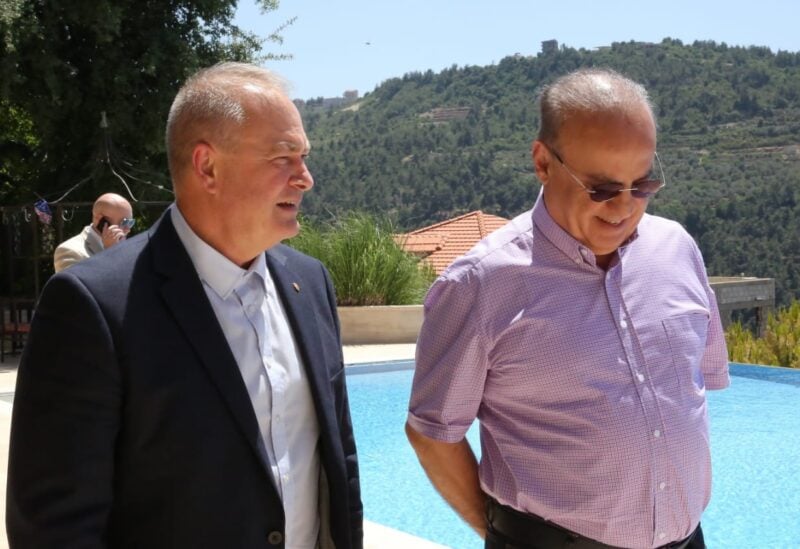 Wiam Wahab, the Head of the “Arab Unitarian Party”, received at his Jahiliyyah residence today the Russian Federation Ambassador to Lebanon, Alexander Rudakov, accompanied by the Political Advisor at the Embassy, Dmitry Lebedev.

The visit was an occasion to touch on the prevailing conditions on the local and regional scenes.

He, thus, called on Prime Minister-designate Saad Hariri to “return and present his line-up and continue to discuss it with His Excellency the President of the Republic until an agreement is reached.”

With regards to the Arab and regional situation, specifically the situation in Syria, Wahab stressed “the importance of the Russian intervention in Syria, which has contributed to stopping the spread of terrorism and its defeat in Syria, and to setting the latter on the path of peace and the return of security and stability to it.”

Wahab also stressed the need for Russia to contribute to an Arab understanding on several issues in the area, which would make the conditions in Lebanon much easier. “It may lead to the formation of an Arab security project and to Arab political stability through the Arab understanding,” he maintained.

In honor of his Russian guests after the talks, Wahab held a lunch.