“We stand in solidarity with any component that feels targeted,” says Bassil 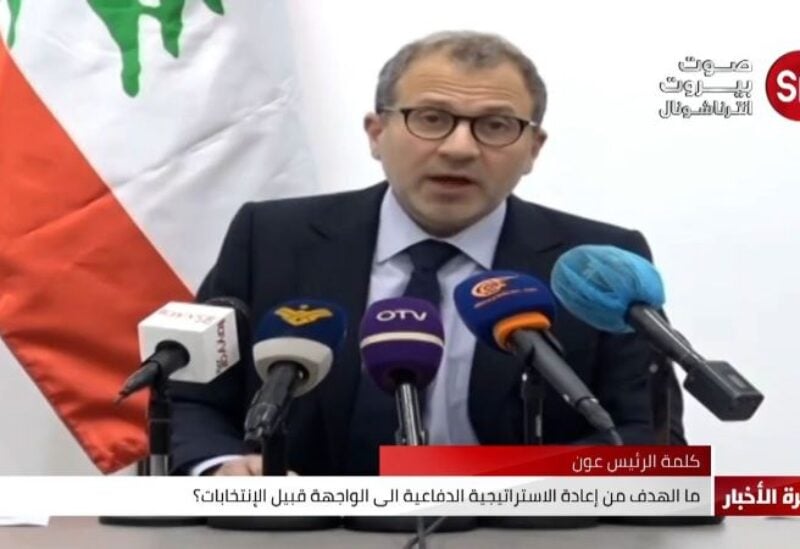 The Head of the Free Patriotic Movement (FPM) Gebran Bassil hoped that the circumstances that led Hariri to take this decision would end, saying: “We are concerned with confrontation and the cooperation between us as Lebanese.”

Following the bloc’s weekly meeting, Bassil affirmed in a speech that the party’s position is firm in standing beside components that feel targeted, “and what we don’t accept for ourselves, we do not accept it for others, and there is need to have actual representation for each other in any targeting.”

Regarding the Kuwaiti initiative, Bassil considered that the paper includes delicate titles, some of which are agreed upon among the Lebanese and some of which are controversial. It also includes the topics that President Aoun called for to discuss in the dialogue, hoping that he would invite the President of the Republic to discuss a unified response to what was put forward in the Kuwaiti paper.

On the other hand, Bassil pointed out that the bloc wants a budget that reflects rescue orientations, but the matter is not apparent. On the contrary, there is the issue of the powers of the Minister of Finance and the discharge of responsibility for the banks from the previous stage, and officials who are behind the wrong policies must be held responsible, not the depositors.