Wehbe: I summoned the Iranian ambassador to a ‘frank meeting’, in wake of what was published about Al-Rahi 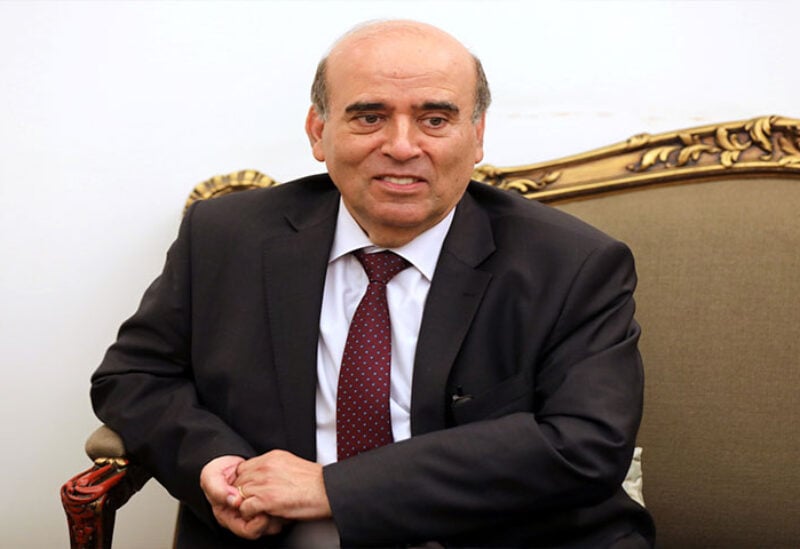 Caretaker Foreign Affairs and Emigrants Minister, Charbel Wehbe, said in an interview with “Radio Lebanon” today, that the criticism targeting him about his failure to take any action in light of what was mentioned by “Al-Alam TV” against Maronite Patriarch, Cardinal Bechara al-Rahi, is “unfounded”, stressing that he immediately requested information about what was published and contacted the Lebanese ambassador in Tehran over the matter, who assured him of the apology and condemnation issued by the Iranian government for what was published.

Wehbe also disclosed that he has summoned the Iranian ambassador to a meeting upcoming Monday, at the Foreign Ministry, with whom “he will speak frankly and honestly, based on the existing friendship between the two sides.” He pointed out that the apology from the Iranian side has reached the Patriarch, adding that he will attend Sunday Mass service in Bkerki tomorrow and listen to all the Patriarch’s directives, hoping that matters are already resolved.

Referring to the talk about the absence of Arab interest in Lebanon during the meeting of Arab foreign ministers in Cairo, Wehbe considered it to be rather “exaggerated”. He explained that the meetings of the Arab League at the level of foreign ministers is held according to a pre-determined and agreed-upon agenda and is discussed at the level of permanent delegates in Cairo, and then submitted to the foreign ministers for approval. He indicated that Lebanon is always present in discussions at the Arab League meetings, relating to its support and solidarity, assuring that the Arab countries still accord Lebanon attention and care.

“We must understand that in the Arab world there are hot spots that receive the attention of Arab countries in order to deal with them with the available capacities, and this does not mean that Lebanon has not received noticeable attention,” Wehbe went on, pointing to discussions that tackled the Turkish intervention in Libya and the Iranian in Yemen, during the Arab foreign ministers’ meeting.

Wehbe continued to describe his encounter with his Egyptian counterpart on the sidelines of the meeting in Cairo as “important.”

He said, “Egypt is very interested in helping Lebanon overcome its internal crisis, especially in terms of the stalled government formation,” adding that he has briefed the President on this matter upon his return from Cairo. He also noted that Egypt is a close brethren that Lebanon greatly counts upon, pointing to Egyptian efforts in support of Lebanon within the context of the French initiative. “I think that there will be an Egyptian-French coordination to lay the foundations for ending the crisis in Lebanon, leading to the interest of the Lebanese people and stability, and not leaving Lebanon to an unknown fate of uncertain consequences,” he corroborated.

Meanwhile, Wehbe stressed that “what is required of us, as Lebanese officials, is not to depend on the outside for an internal solution. Rather, we must work internally and the outside will help us as much as we endeavor in this direction.”

In response to a question about the message he received from his Canadian counterpart during his meeting with the Canadian ambassador to Lebanon, Wehbe said: “The humanitarian factor that binds us to Canada is the expatriate factor, as there are nearly half a million Lebanese residing in Canada, and this country has important positions on human rights related to developmental aid for the poorer classes…Canada used to consider Lebanon to be a middle-income country, but now the Lebanese situation has become more difficult, which prompted me to draw attention to that and convey the reality of the Lebanese conditions that need more humanitarian support.”

Wehbe revealed that he would contact his Canadian counterpart on the 25th of this month to discuss the mechanisms of assistance required for Lebanon. “We have a friendly country, Canada, and this friendship must be preserved,” he emphasized.

Over Lebanon’s complaint regarding the recent Israeli attack on the Lebanese coast, he stated that “Lebanon informed the United Nations of the huge environmental damage it has suffered and documented it in a letter to the UN. We asked the UN for three things, firstly to provide technical support to deal with environmental pollution, and secondly to determine the extent of pollution in the water, and thirdly, to determine the cause and source of said pollution.”

He added: “According to our data, the source is from the waters of the occupied Palestinian territories, and the enemy says that it is investigating the source of the leakage, and we hold Israel responsible, but this is not enough. We want the Security Council to issue a decision based on scientific conviction over this matter. The most important thing remains to compensate Lebanon, in word and deed.”

Finally, the Caretaker Foreign Minister commented on “the importance of the historic visit of His Holiness, the Pope, to Iraq, which will confirm religious diversity in this East and consolidate coexistence in it.”