Between Amal and Hezbollah a real “electronic” and ” political” strife. 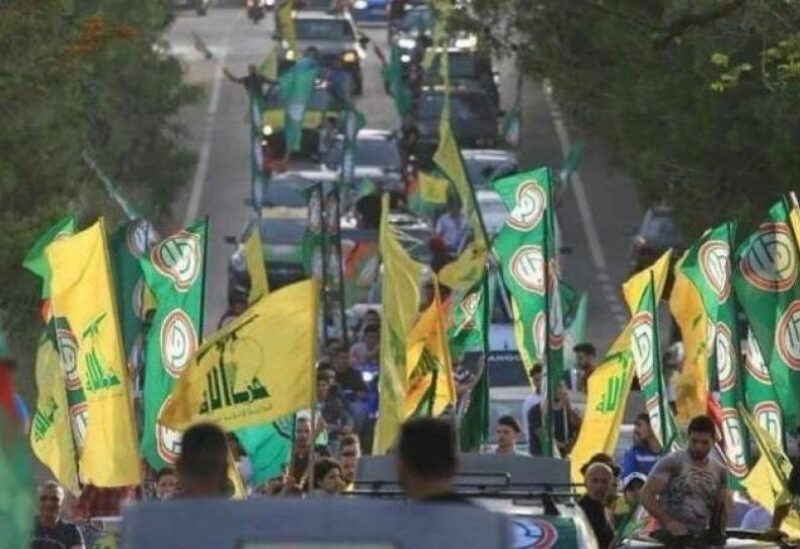 It is not the first time that President Nabih Berri’s political aide, Ali Hassan Khalil, and Berri’s security advisor, Ahmad Baalbaki, on the one hand, meet with head of Hezbollah’s Communication and Coordination Unit, Wafiq Safa, and Hussein Khalil, the political assistant to Hassan Nasrallah. Meetings between  Berri and Nasrallah’s “close ones”  are quasi-periodic and often unpublicized. The last meeting was publicized and revealed  to the media, what does that mean?

The duo, Hezbollah and the Amal movement, need a “comprehensive image” that shows that “things are fine”, is it so?
An expert on the Shiite environment says to Sawt Beirut International: “If things were all right, the news of the meeting would not have gone out to the media.” This expert recalls the following data that reflect this disparity:

Hassan Nasrallah “advised” the designated Prime Minister with a “techno-political” government. The “Amal” movement renewed the demand for a government of specialists from 18 ministers.

Nasrallah indirectly “held President Berri” responsible for keeping the governor of the Banque du Liban, Riad Salameh, in his post, by hinting at him in his last speech, when saying that one of our friends (and he means  Berri) advised us that (the governor of the Central Bank stays in office)

Ain al-Tineh responded by saying  that when Berri proposed that the governor of the Bank of Lebanon should remain in office, there was a vacancy between the deputies of the governor and the Governing Council.

In light of this disparity, Voice of Beirut International monitored a reciprocal smear campaign between the “two electronic armies” of both Amal and Hezbollah on social media sites, and among the sample of this defamation was the publication of pictures of the sons of the movement and the party officials, showing their manifestations of wealth, which caused discontent among their fans. .

Information says that the party is pointing the finger at a very close family member of Berri ,for leading the campaign against the party on social media.

In the end, the rule that says “ the ally of my ally… is my ally” was broken. In the case of Amal and Hezbollah, “The ally of my ally … is NOT my ally”.The understanding between Hezbollah and the Free Patriotic Movement did not make the movement an ally of Amal, but rather remained its opponent, and perhaps the relationship between the party and the movement , in turn, needs a “new understanding”.

Information sources conclude : It is no longer useful to talk about “the distribution of roles between Haret Hreik and Ain al-Tineh, as the gap is too wide to be narrowed by this interpretation.