Between what was said in Vatican and Sharm el-Sheikh summit 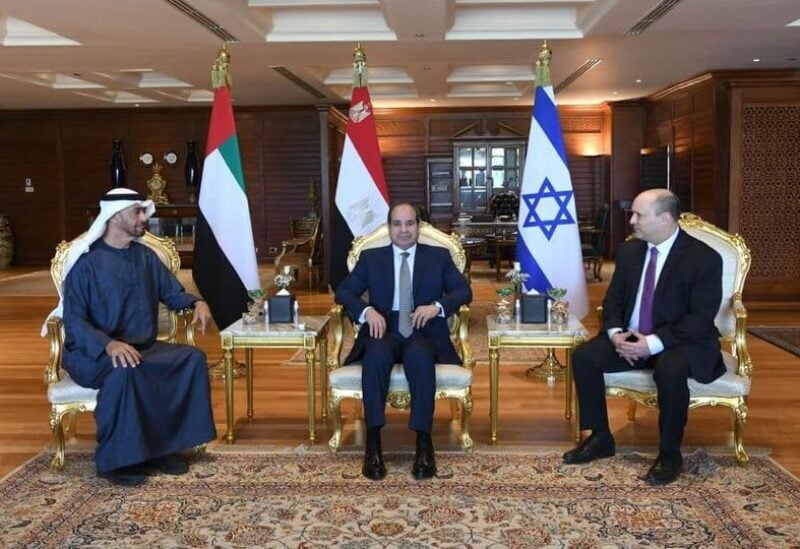 Let us watch closely this scene:
President of the Republic, General Michel Aoun, says: “The resistance will continue as long as there are occupied Syrian and Lebanese lands.

These words he issued from the Vatican coincided with the visit of Syrian President Bashar al-Assad to the United Arab Emirates, where he met with its leaders. The day after this visit, a summit was held in Sharm el-Sheikh, which included Egyptian President Abdel Fattah al-Sisi, UAE Crown Prince Sheikh Mohammed bin Zayed and the Israeli Prime Minister.

Is there a link between the Vatican “event” and the Sharm el-Sheikh event? Certainly, there is no link, but why is President Aoun talking about “liberating Syrian lands” as long as the Syrian president met with the Emirati crown prince on the eve of the latter’s meeting with the Israeli prime minister?

As long as President Aoun is leading the border demarcation negotiations between Lebanon and Israel, why does he not complete his mission and ask for negotiations with Syria: either to place the Shebaa Farms under Lebanese sovereignty, and then we can talk about “the necessity of liberating the Shebaa Farms,” or to keep them under Syrian sovereignty, and then there will be no need no talk about occupied Lebanese lands, and there will be no need for the role of the so-called “resistance”.

It is about time to stop using the Shebaa Farms as a “hanger” to hang the excuses of the resistance on it. Either it is Lebanese, and this requires that Syria hand over its maps that prove this, or it is Syrian, and Syria must provide the maps that prove that, as for keeping it as this status quo, it means that Aoun’s goal is to continue “linking the conflict,” and to keep on saying what he said from the Vatican, that there are Lebanese and Syrian occupied territories.