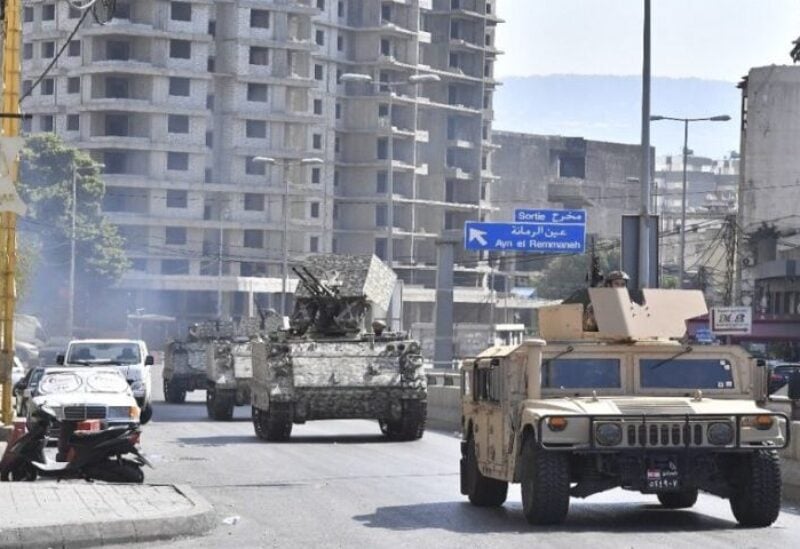 The problem with Hezbollah militia is neither an ambush nor a provocation, nor it is the problem of a Muslim or a Christian or a suppression of freedom. The problem is much deeper than what anyone can imagine, because its age is as long as Hezbollah’s exclusivity in dominating the sovereign decision of the state. To subjugate an entire country from its north to its south, Hezbollah has practiced all means of occupation and aggression.

The problem is also national, par excellence. Will Hassan Nasrallah’s 100,000 fighters solve this problem. From Shwaya in the south to Khaldeh in the mountain, all the way to Ain El Remmaneh in Beirut, Hezbollah is draining its people. The problem in Lebanon is not about electing Aoun for the presidency before, but rather in the project that led to this election, which is the project of establishing a Christian balance to confront the Muslims, while what is required in Lebanon is finding a true and honest formula for a national Christian and Islamic balance in the face of the Iranian occupation, which targets everyone inside Lebanon today.

The project to abolish political pluralism, which came with Aoun and is intended to bring in his son-in-law, Gebran Bassil, is a project under the slogan of “the strong in his sect who rules and decides”, while what is required a broad partnership in decision-making and policy-making in order for true democracy to be upright.

Correcting this mistake is not by holding Michel Aoun solely responsible and throwing the ball into his court exclusively, but by abandoning the political philosophy, as well as the project and slogans that brought him. Lebanon is not suffering currently because of Aoun despite his great responsibility, but because of the political philosophy that brought him, and the hateful quotas that It is based on, as well as failed compromises.

The solution in Lebanon remains by changing policies and not just by replacing people. The bloody events, slanders, summonses and political debate come at a moment when people are looking for a decent life in another place, and after the ruling authority in Lebanon agreed to negotiate with Israel over the demarcation of the border. In this context the following question arises: What is the feasibility of keeping Hezbollah’s weapon? Is the cohabitation of an illegal weapon with Iranian foreign investments possible?

It is necessary to discuss the feasibility of Hezbollah’s weapons in the parliament, and if some had discussed before the Lebanese state’s relationship with the Palestinian arms in the parliament, the war would not have taken place previously in Lebanon.

The story in Lebanon begins with an illegal weapon in the possession of Hezbollah, and its chapter ends with the tragedy that the presence of this weapon left in the hands of this militia.