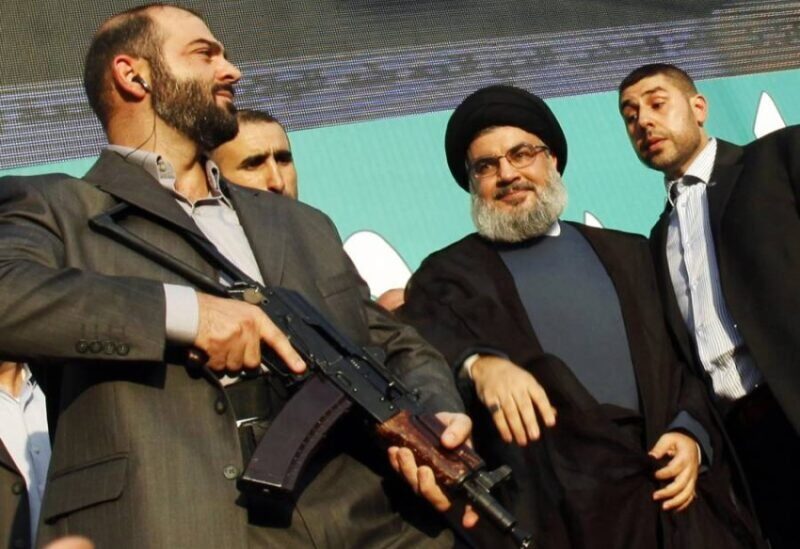 The equation that Hezbollah -supported by Iran-  was able to create in a geographically small country such as Lebanon is as follows, regions are depots for storing missiles, citizens are a death project if those missiles explode. And in the same context, Hezbollah has an equation based on the principle of abolishing the state, but gradually, and quietly destroying government’s institutions, and confiscating the president’s, prime minister’s, governments and parliament’s powers, through supporting the agents.

Socially, the affiliated with Iran Hezbollah, applied the rule of “ if you are not with me, then you are against me, and whoever is with me will be the enemy of whoever is against me”, and thus, no one can describe the quantity of hatred and hostility that members of Hezbollah have towards the rest of the Lebanese.

Outside Lebanon, Hezbollah chose to confront any country that is hostile to Iran’s projects. For the party is an obvious enemy of Arab Gulf states, and It is ready to participate in Yemen’s conflict, and stand by the extremist Houthi militias. In Syria, Hezbollah fought and is still under the banner of the Iranian terrorist Revolutionary Guard. And then this party started to receive painful strikes from Israel, and it wants to respond to it, sometimes from inside Lebanon, but it knows that it faces great obstacles.

Economically, Hezbollah has established an economic entity parallel to the state’s,  It has its own banks, stores, and institutions, and it even has sabotage and smuggling lines with Syria, that it uses to send and receive whatever it wants.

It also has an arsenal of illegal weapons that it has distributed within residential buildings in Lebanese areas which it does not actually control, and this is the most dangerous of all. Therefore, the presence of missiles in an upscale neighborhood of Verdun in the heart of Beirut, is part of this hidden arsenal.

The President of Republic’s – who is affiliated with Hezbollah- voluntary resignation, if happened, will be the beginning of what is required to change the monotony of the political scene, which has become like a dying patient

But there will always be this big question, will Hezbollah allow such a step, especially since it has worked so hard to prevent any parliamentary resignations and ignore the inevitability of by-elections?  what is required is to lift the militia’s hegemony at any cost, and with October the 13th approaching, while the power struggle is manifested by its worst authoritarian model, Lebanon has ever witnessed, the most to blame are those who are still blindly supporting their leaders

The coup against the constitution melody, is the most symphony played nowadays in Lebanon, President Aoun is not only exceeding his constitutional powers, but the man and his advisers have created a new “moody” constitution to govern by.