How are you managing your affairs, great people of Lebanon? 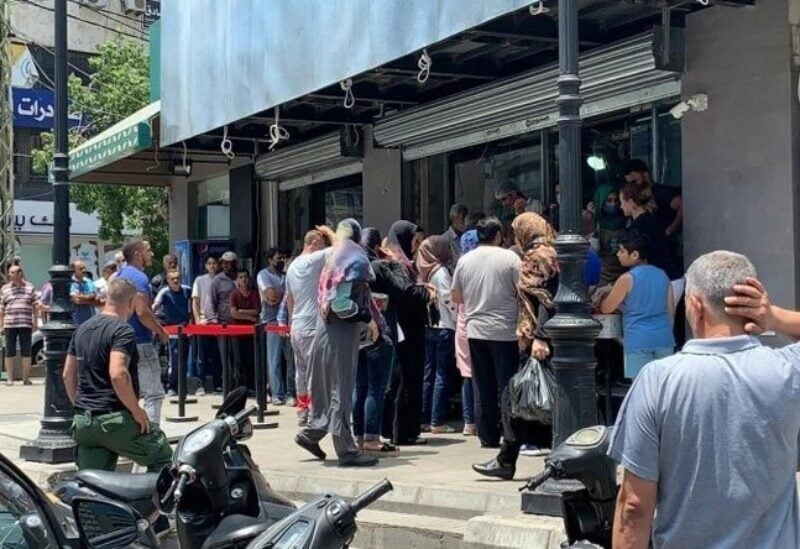 Queues in front of a bakery

Between sham, political controversy, and the regime’s eagerness for dialogue at Baabda Palace, one fact, the dollar “jumped” 3 thousand pounds within one day, and queues for gasoline, gas and flour are expected again.. The result is a lack of confidence in the authority, which is unable even to convene, amidst the shadow of collapse, so, what’s next?

A book reads from its title. We are heading towards an explosion, in light of the absence of a state, and the reforms demanded by the international community and the International Monetary Fund, and the system’s blackmailing and attacking against each other, after they succeeded in betraying the people, and disrupted any collective reaction.. Corruption authority will not hesitate on committing the “greatest”, no ceiling for the dollar, and to more abuse against depositors, while fleeing will be “the master of the situation.” Facing the fact that “an entire political class” looting deposits, taxes, savings, compensation and salaries of an entire people, is taking place through focusing on sectarian differences.

The sharp rise of the dollar is part of a scheme to spread security chaos and push people to blow up the situation with the aim of disrupting the parliamentary elections by those affected under the pretext ofsecurity situation, and the first beneficiary is Hezbollah and its allies and the Covenant, which must be aware that it bears responsibility for the disasters and scourge that the country has reached.

Madness of the dollar, or madness of the people in power, their villainy, their contempt, and their conspiracy against their people, and their criminality against their country. Any improvement in the exchange rate, requires reform measures, and this cannot occur in the presence of this authority, that has corrupted, looted, stolen, employed, squandered and legalized the doors of smuggling. And any economic prosperity requires first the existence of confidence – local, Arab, and international – in the ruling authority, and this also, does not exist. And if we want to talk about ending the economic downturn, growth can only be achieved by the presence of Arab and foreign investments in Lebanon, and by rearranging the Lebanese-Gulf relations. This cannot be achieved with an authority that covers the involvement of Hezbollah, the ally of the Power Tayyar, in the conflicts and wars of the region, and thus, earthly solutions have ended, and the matter is left to the Lord of Heaven.
How do you manage your affairs, great people of Lebanon?

The Governor is “overwheming” us with circulars that devour your money, and the banks are conspiring with him, and there is no clear ceiling for the dollar exchange rate. As for the solutions, they are all exhausted. It is all the fault of a people who remained silent in the face of Great Satan and the right, but, for how long?