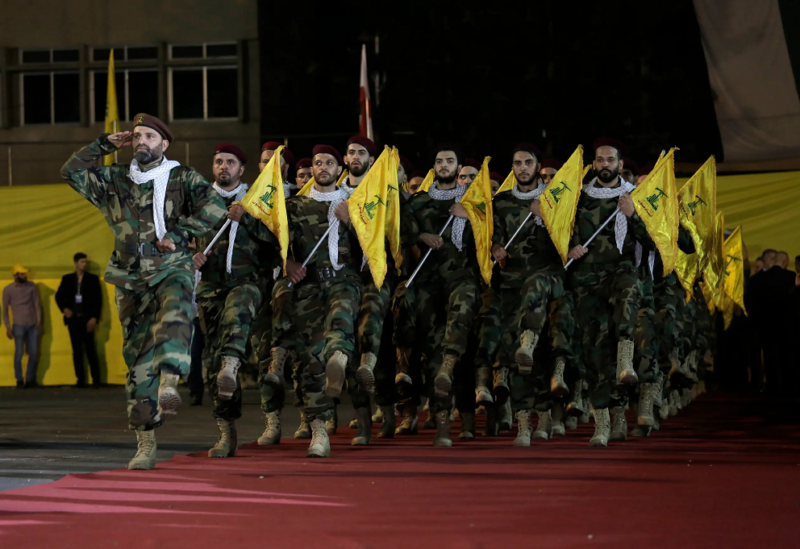 The Lebanese people are experiencing an “existential” crisis as a result of Hezbollah’s dominance over the joints of the Lebanese state, from monopolizing illegal weapons, handing over the country to a foreign state, subjugating the judiciary, smuggling drugs, and protecting the power mafias on the impact of unprecedented economic distress, and crises left by corruption and the absence of the state.

The problem of the majority of the Lebanese component with the Iranian party lies in how it deals with the current crisis. Funny is the “rebellion” slogan that is forbidden to be used in the Iranian model, while Hezbollah’s terrorist means are always on the lookout, either with weapons and surplus force, or assassination.

The hegemony of “Hezbollah”, which has become linking the state to the weapon of disrupting the authorities, jumping with a surplus of power above its will and sovereignty, and transforming Lebanon into an accurate political missile platform in the face of Arab countries, in light of a reality that can only be translated by emphasizing the latter’s efforts to flood Lebanon and push it to the occupation axis of Tehran Corruption is “protected” from the occupation and its Lebanese arm in a process of exchange of interests.

The party is hitting the heart of the state, its concept, and its reputation, since Iranian guardianship of Lebanon is an unavoidable goal for Hezbollah, and “rejection” is not an option in their reasoning.

The Lebanese reality is definitely a quagmire with no places in it, in front of a parallel world called “Hezbollah’s statelet”, losing their national identity, and the social, economic and political situation, with Hezbollah’s control over the state and its legitimate institutions. The Lebanese are “hostages.” “The Iranian politics that impoverished them and isolated them from their Arab environment, and the national “will” is the tip of the iceberg, and the opposite is inevitable and true.

Starting with the electricity, fuel, medicine, unemployment crises, to the Beirut Port Blast, smuggling funds from banks, corruption, improving relations with Arab countries, breaking away from Iran’s hegemony and influence in Lebanon, and illegal weapons, “negotiations and positions” are not the desired demand to extricate Lebanon from the militia’s intransigence, but rather the awareness and solidarity of the people with all its components to liberate it and restore it.