You called for the rule of Jungle Law, and now you have it! 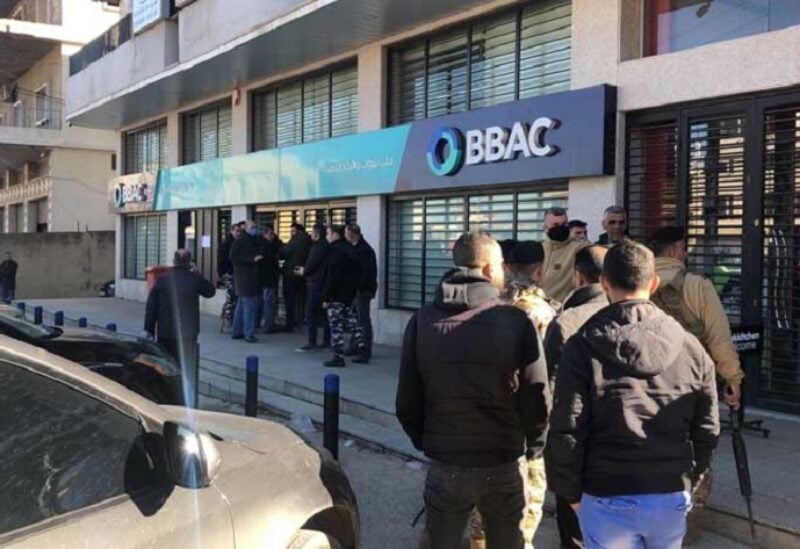 There is no escape from the disintegration of livelihood means. Every day, the situation worsens and deteriorates, and the accumulated crises have significantly damaged societal harmony and served as a forewarning of the worst-case scenario. Today’s picture is a hazardous warning and a model that might be generalized if economic reality continues to deteriorate.

A man arrested staff of a bank in Lebanon’s Joub Jannine and threatened to burn him with gasoline if he did not receive his money as a result of the banking industry in Lebanon being in a state of bankruptcy, despite the Central Bank’s unwillingness to recognize this. Yes, wonderful people, Lebanon, the free and independent country, declares the dissolution of the state, the reign of the jungle law, and the survival of the strongest.

Taking to the street is no longer limited to convey a rejection message, but also a permanent attempt towards imposing a change in the ruling system against banks’ owners and their cronies in the Lebanese system.

Given that banks robbed the deposits of citizens in Lebanon and whereas the depositors were fed up with such a controlled judiciary, one of the depositors threatened the bank and warned it to burn it ‘in the event they don’t settle him his funds immediately!” It is not surprising that was stolen by force ,can only be recovered by the same mean!

The country’s political impasse persists in the face of a suffocating economic crisis, the collapse of the local currency, and a bankrupt banking sector, which worsens the living conditions of the Lebanese. The last scene will fade and reverberate with the Lebanese, as will the hostage-taking in the bank by a gunman until the latter delivers his withholding deposit of $50,000, a highly hazardous message that banks should consider its implications. The monarch and the banking party were able to divert the attention of the right holders with circulars, bills, and empty promises, but the rights will be collected, even after a while.

The total collapse of the state and the country’s descent into a law-of-the-jungle system, which gives de facto forces dominance, allowing them to apply their law as they see fit without regard for the citizen, the constitution, or the law, while none of those who consider themselves responsible bother to consider how to end the humiliation endured by the Lebanese, including poverty, scarcity, and hunger. However, the productive equation is always a loser. How long will this last?